Kanye West And Julia Fox Spotted Out Together in NYC 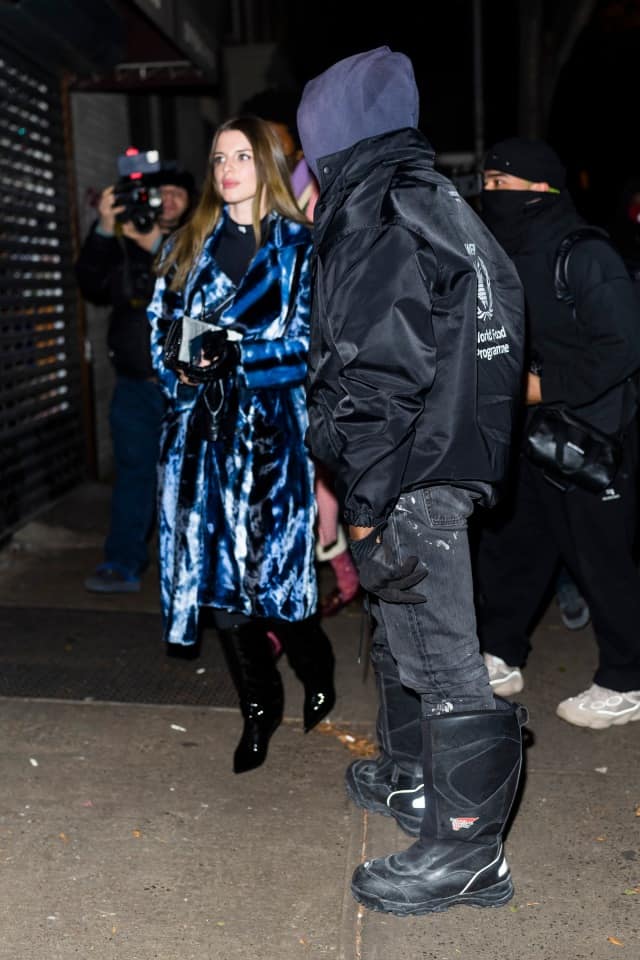 Following reports that Kanye Purchased a home across from his Ex and mother of kids, Kim Kardashian, he seems to be sending a lot of time with the “Uncut Gems” actress, Julia Fox.

Ye and Fox were spotted out in New York City on Tuesday night. Both were dressed for the chilly NYC night, with the 31-year-old actress wearing a blue, crushed velvet coat over featuring an all-black look, and the 44-year-old rapper sporting black jeans, a blue hoodie, a black bomber jacket, and black rubber boots, and black gloves to match.

As per multiple reports, the two hit the town for dinner and a show. They reportedly saw the Broadway production of Slave Play, followed by dinner at Carbone.

Yesterday, we reported that despite previous reports that Julia Fox wasn’t sure how she felt following her Miami date night at Makoto Bal Harbour with Kanye West Page Six has since shared that the Uncut Gems actress and Ye are officially an item, with a source even referring to them as “kindred spirits.””Julia and Ye are dating,” an anonymous close source said to the podcast host told the outlet exclusively.

They both just got out of their former relationships, and they’ve helped each other recover immensely.

Icebaby’s Debut Album, ‘History Is Here’ Is Set For Release

Summer Walker Accuses Contractor Of Stealing #4.5 Million From Her

Summer Walker Accuses Contractor Of Stealing #4.5 Million From Her