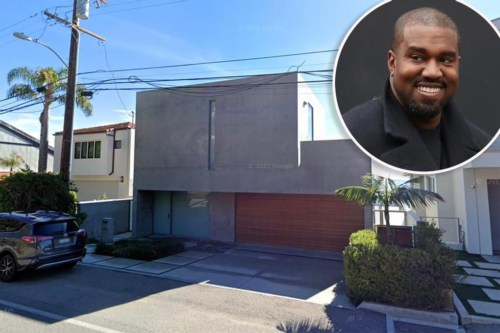 Billionaire rapper, Kanye West has reportedly squandered 44.2 billion naira on a box-like Malibu house as he navigates his divorce from Kim Kardashian.

Although the 340 sqm concrete-heavy house is designed by award-winning star architect Tadao Ando, social media users did not seem so impressed after the news broke out on Monday. It is no longer news that Kanye Makes some really weird moves more often than not but this just seems to be setting a whole new record.

He loves the abandoned clinic look, wrote another commenter, while a third added, Looks like a high-end bunker for a cult leader.

However, the property doesn’t offer much privacy for Ye, with homes very near him on both sides, but he’ll surely be inspired inside of it. On the plus side, this is only about a half-hour drive from Kim Kardashian and the kids in Hidden Hills.