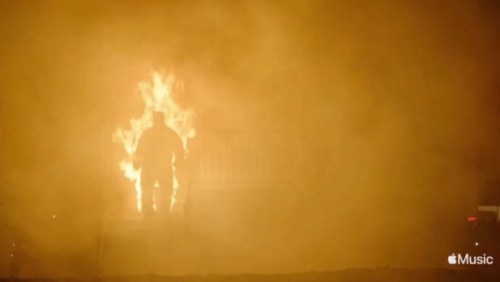 Kanye West has really outdone himself this time, as he sets himself ablaze during a 3rd “Donda” listening party.

No, Kanye has not released his most anticipated album, “Donda” but he held a 3rd listening part and this time, it was crazy in all essence of the word.

The album, Donda was named after the star’s beloved mother who died in 2007.

The blaze began inside a full-scale replica of the rapper’s childhood home, complete with a shining cross on top. The fire began to engulf the house before moving on to Kanye himself. 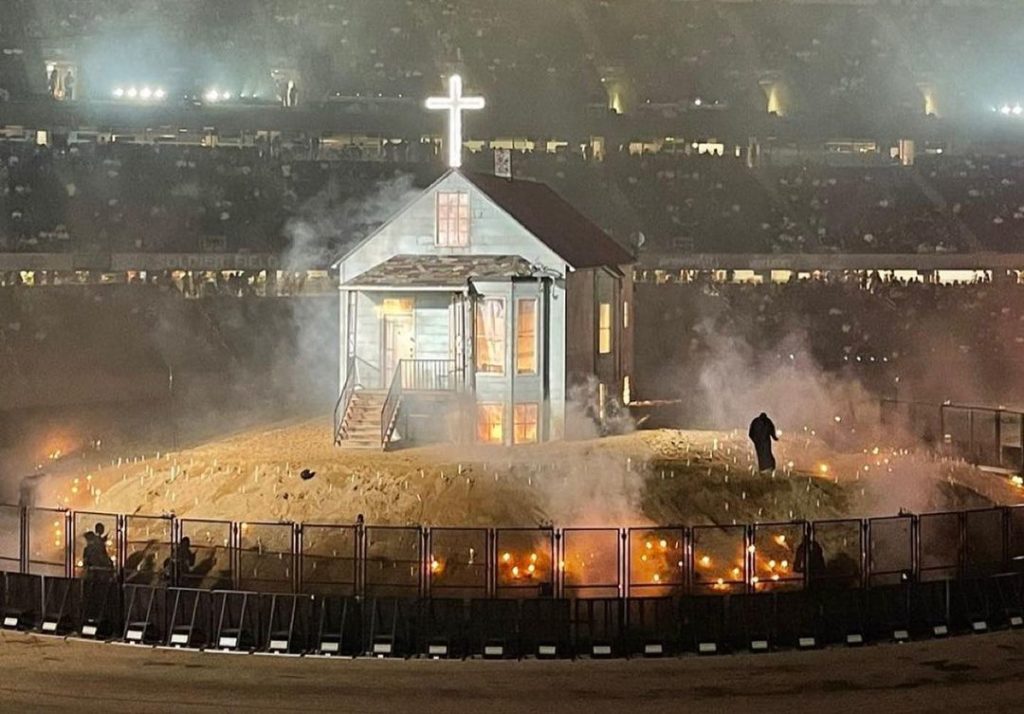 After what seemed like forever, Kanye emerged from the inferno clad in a protective suit. Members of his team equipped with fire extinguishers then put him out.