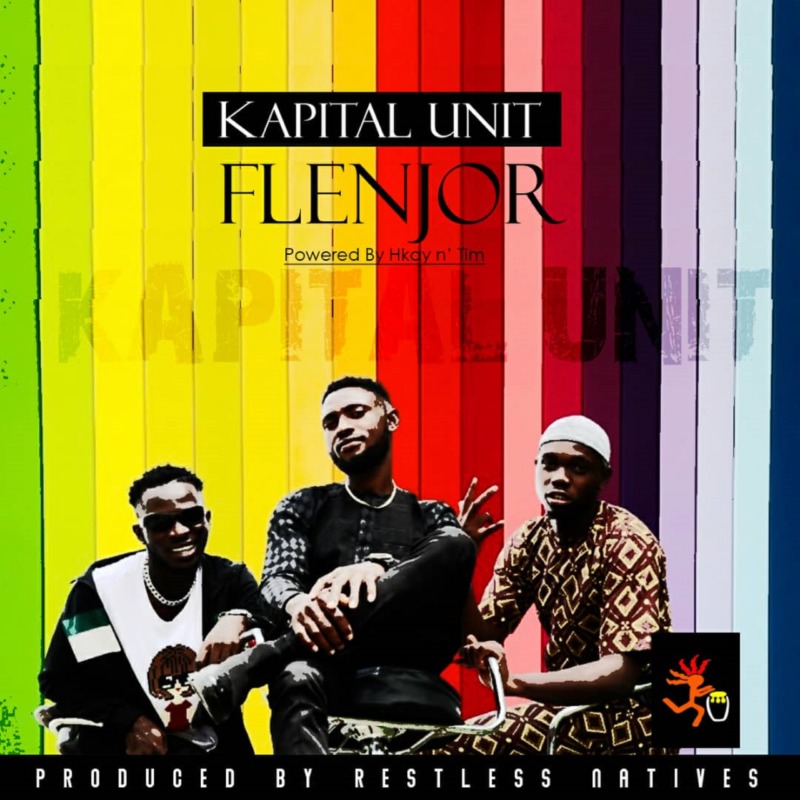 Okeke Nonso aka young jags, was born 25th August 1993 to the family of mr and mrs Godfrey and Anatu okeke. He hails from Anambra west local government of Anambra state. He started his music career from secondary school where he and his friends play music instruments.

Young jags has contested in many music competitions such as Glo rock and Roll where he emerged as the winner of the competition and has also performed on big stages such as Hero, star trek and more.
In 2017, the young artiste made his way into the city of Abuja where he met Hkay, one of Abuja music producers who introduced him to the other members of the kapital unit group.

Akinola Abraham Ifeoluwa Aka Gengz is a rapper and a singer, he hails from Ekiti state and was born to the family of Mr and Mrs Akinola.
Gengs as he is popularly known started his music career at a Very tender age in the church as an instrumentalist and chorister.

He officially started his music career in 2018 where he recorded his first singles “Eruku”. Gengz is an Instagram sensation known for his popular rap series Titled “I wan blow”. He became Popular on Instagram thereby earning an award of the” most Promising Artiste” in the university of Abuja.

Gladstone Da -Alaliye Bobmanuel aka BobbyAzzy was born 1998 in Port-Harcourt River state. He had his childhood education in Port -Harcourt and later moved to owerri Imo state where he met a friend and formed a band called “Disastar” which was shortlived due to his relocation to the City of Abuja.

He met the likes of young Jags and Gengs and together they formed the group known as the “Kapital unit Group”.

The group- Kapital Unit is currently signed to Reslessnatives.com, a Record label based in the city of Abuja and together they performed the song “Flenjor“. Listen and Enjoy below