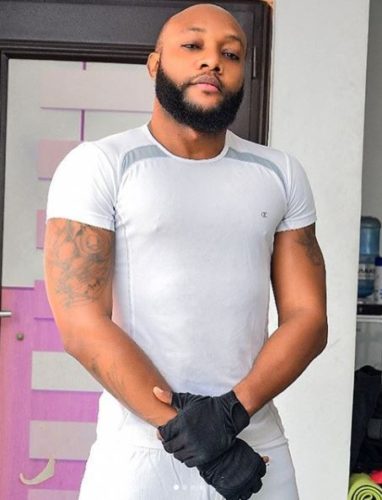 Fivestar Music star; Kcee, has lost a one million naira bet to one man reported to be a member of his staffs group, Mr Chidozie after Liverpool crushed Barcelona at the Camp Nou in the second leg of their semi-final Uefa Champions League encounter at Anfield stadium.

The “Limpopo” singer took to his Twitter account yesterday to reveal he would give the man the sum of one million naira if Liverpool wins Barcelona which Mr Chidozoie welcomed with opened arms.

Kcee wrote; “In as much as i’m not a Barca fan, but tonight Barca will beat Liverpool. On a one million naira bet with @mrchidozie. Make una tell am say na business.”

Mr Chidozie then responded in a statement that carries the Liverpool slogan; “I’m not walking alone sir.”

It however happened that Mr Chidozie got lucky and Liverpool were not only able to win but qualified at the expense of the Spanish champions after being in the back-foot before the start of the match with a 3 goals deficit from the first leg encounter at the Camp Nou last week. They walloped Barcelona with four unanswered goals.

Kcee fulfilled his promise to the man by sending transferring to his account the sum of one million naira. Mr Chidozie posted the evidence on twitter with a caption that shows fulfilment and appreciation.

He wrote, “Thank you @LFC, bag secured . @iam_kcee Thank you my Oga were sabi pay . Tomorrow is another day.”

Thank you @LFC, bag secured . @iam_kcee Thank you my Oga were sabi pay . Tomorrow is another day . #EasternConference https://t.co/gihrmiX2aq pic.twitter.com/UYio1MO02F

A man of integrity is who Kcee is!

“Kcee Loses Bet Of One Million Naira To Staff After Liverpool Crushed Barcelona Last Night”, 5 out of 5 based on 1 ratings.