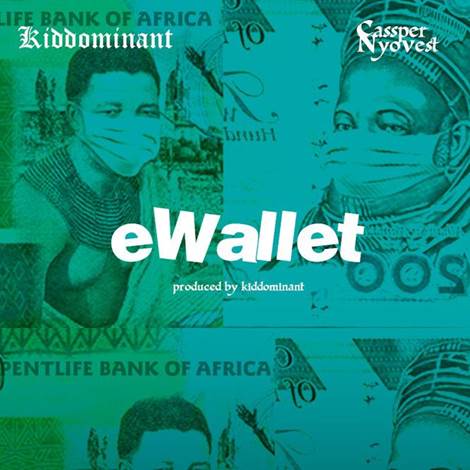 This new single expresses Kiddominant’s newly created genre of South Afrobeats. It is a feel-good bop whose production soundscape is a fine blend of the burgeoning Amapiano template from South Africa and embellished with some good ole Afrobeats flavour. With the help of Cassper Nyovest, “eWallet” gives a complete African sound experience.

The new release is sequel also to the announcement of “Fall,” a track he wrote and produced for global star, Davido to be certified gold in the USA.

Kiddominant will enjoy major support from streaming service, Apple Music who recently announced the launch of ‘Africa Now Radio’ which features Kiddominant on its premiere episode hosted by DJ Cuppy. The show is set to air on Sunday, May 31 at 8am PT / 4pm UK / 5pm SA. In addition to the radio show, Kiddominant and Cassper will be the featured artist for the popular ‘Africa Now’ playlist during release week.

“eWallet” is already gathering momentum as the next big continental hit with positive reviews it has received from first time plays on top radio stations across regions in Africa including Ghana, Nigeria and South Africa.