Previous: Watch Zlatan Share Testimony Of How Davido Elevated Him At “A Good Time With Davido” Concert In Lagos
By Taiwo Oluwafemi | Dec 30, 2019 | 08:28 - Leave A Comment 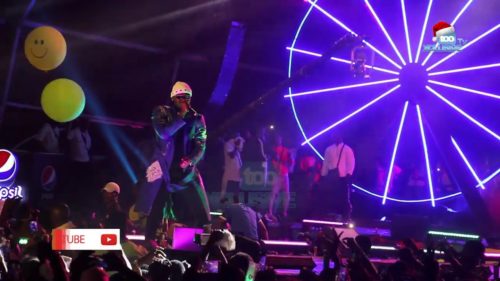 The singer who was supposed to perform at Davido’s concert at the same venue last year but didn’t perform for some mysterious resons came on stage this time around to show some love and add more juice to the concert. He performed “One Ticket” with the “Baddest” and also his hit single “Pak n’ Go.”

“Kizz Daniel Joins Davido On Stage At “A Good Time With Davido” Concert In Lagos”, 3 out of 5 based on 17 ratings.