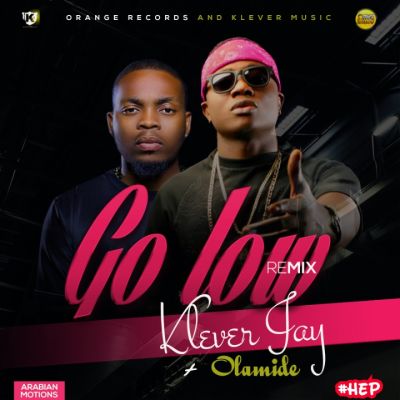 With several successful singles and videos dropped this year from Klever Jay under his reputable label – Orange Records/Klever Music such as Baba No Regret, Happy People Featuring Terry G, No Go There and the remix featuring Dammy Krane, Logba and the controversial Baby Show, Klever Jay has decided to recruit YBNL boss/rapper – Olamide (BadooSneh) on the powerful remix to the buzzing song “Go Low” (produced by 2Tboys/Mixed by Shocker) as an icing on the cake to his fans and also finishing the year 2015 with a Bang!