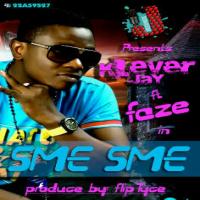 Klever Jay who has dropped fiya singles such as Koni Koni Love and Igborotidaru along with a well received debut album Beginning in 2009 is back with a certified jam Sme Sme ft. Faze.This is the lead single for his 3rd album, ON POINT which is currently being worked on and should be released some time in 2012 on his JAY Recordz imprint.

Sme Sme is a lovely track; not too fast or slow paced, just the right tempo for the type of song. Check it out, share your thoughts and look out for Klever Jay’s new album in a few months.