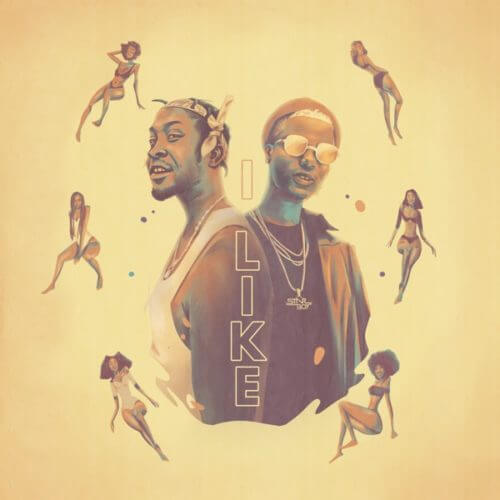 UK-Ghanaian singer, Kojo Funds recruits Starboy Wizkid for this smash-hit titled “I Like” produced by Rymez and G.A

This dancehall summer jam which was produced Rymez and G.A and has been disturning charts both in Nigeria and the UK  In the track, they sing about their love for different ladies from around the world. Its music video has over 3.5 million YouTube views just three weeks after its release.

The video shows different women of colors showing off their hot bodies and the two stars just playing around. It’s definitely not a flop as the song currently occupies the 76th spot on the UK singles chart in it’s the third week. Wizkid is one artiste that brings a certain kind of vibe to a song. He didn’t disappoint with adding his well known addictive vocals heard throughout the track. This made the track more fun to listen to. He wasn’t lacking in lyrics too as he  stayed right on track with praising the sexy figure of the African woman.

Despite this being their first collaboration, the song received much airplay and positive reception. Kojo Funds and Wizkid collabo is one that we definitely look forward to hearing again in the future.