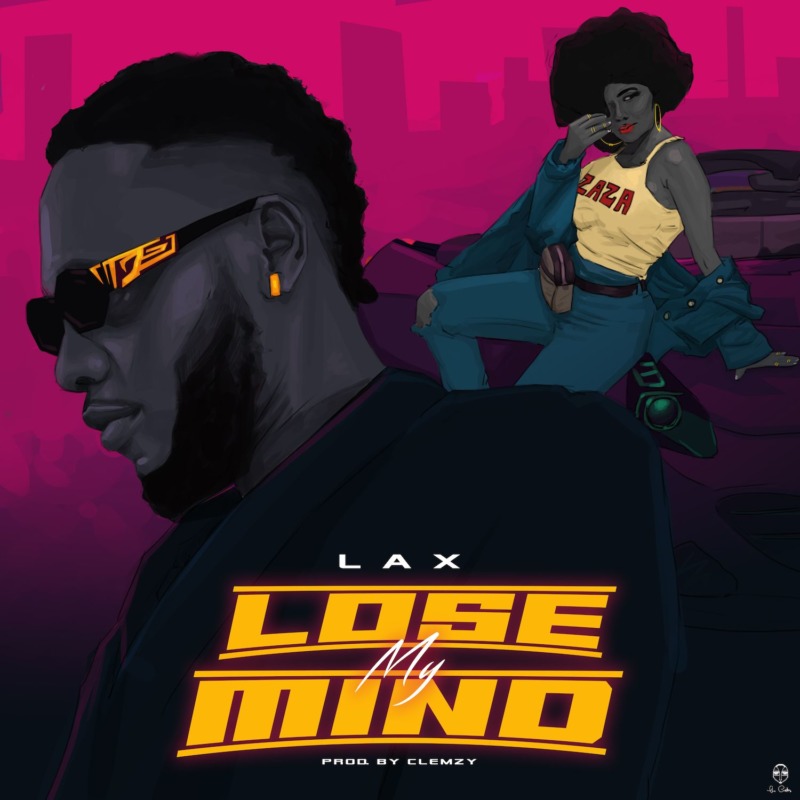 “Lose My Mind” by LAX is here after the huge success of his GOBE records…. Rasaki Music Group C.E.O- L.A.X is a performing and recording artiste who has his own unique style heavily influenced by Afrobeat and other music genres around the world.

This year 2020 he has blessed with two impressive releases; ‘Gobe‘ and ‘Gobe (Remix)‘. “Gobe” is a mid tempo record that got the Afrobeat and pop sound. It means Wahala or Trouble, L.A.X and 2Baba lands in trouble when nemesis caught up with them. They didn’t desist from their cheating act, they turned Oliver Twist that wanted to have other girls aside their woman. “Gobe (Remix)” which happens to be for the ladies featured Simi and Tiwa Savage.

Damilola Afolabi, known professionally as L.A.X is a Nigerian recording artist. L.A.X started out as a rapper and was part of a three-man group called Flyboiz while he was still in high school. On August 20, 2013, L.A.X signed a major-label deal with Starboy Entertainment moments after releasing the critically acclaimed song titled “Caro” which won him the “Diaspora Artiste of The Year” at the 2014 edition of the Nigeria Entertainment Awards.Following the success of ‘Caro’, L.A.X featured Wizkid on another song titled “Ginger” which also topped charts. He left Starboy Entertainment to start up his Rasaki company fully. Also collaborated with Wizkid on the song ‘Nobody‘ after his exit and released the hit song ‘Run Away‘ with other banging tunes.

Recently L.A.X signed an International music deal with EMPIRE (An America Distribution Company) and decides to release a brand new song. “Lose My Mind” produced by his favourite producer Clemzy is his latest jam. On this new release he talks about following his heart, settling down with the one he loves. Listen and Enjoy below

GET LYRICS TO THE SONG HERE