Lizzo Reveals Drake Reached Out After Her Raunchy Lyric About Him 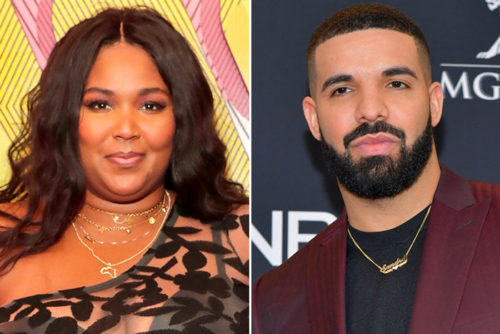 Lizzo has revealed that Drake reached out to her following the release of her new single.

The track, which features Cardi B, had a very strong debut on the charts, peaking at #4 in its 1st week out. In her verse, Lizzo cheekily says, “No, I ain’t fuck Drake yet,” and it appears as though the rapper reached out about the lyric.

I have heard from Drake. But that’s all I’m gonna say on that. OK, so the original line was, ‘No, I ain’t fuck Niall yet.’ The label said it was a little bit provocative. So I changed it to Drake, a safer bet.

Lizzo Says Going Viral Does Not Equal Having A Successful Song

Lizzo Declares Usher The “King Of R And B,” Beyoncé The “Queen of Music”