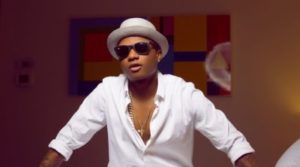 The recently organised Wizkid concert has produced moments that would be talked about in the industry for a large part of the coming year, 2018. One of such moments is the reconciliation of Wizkid and Davido which TX news had earlier reported.

Another highlight of the event was the moment when Wizkid announced the signing of Ahmed, a 10-year-old boy to Starboy Entertainment. The superstar artiste announced the new signing, promising him a record deal worth #1omillion. On stage, at the event, Wizkid called on Nigerians to “look at this (Ahmed’s) face” and added that Ahmed is the new star to watch.