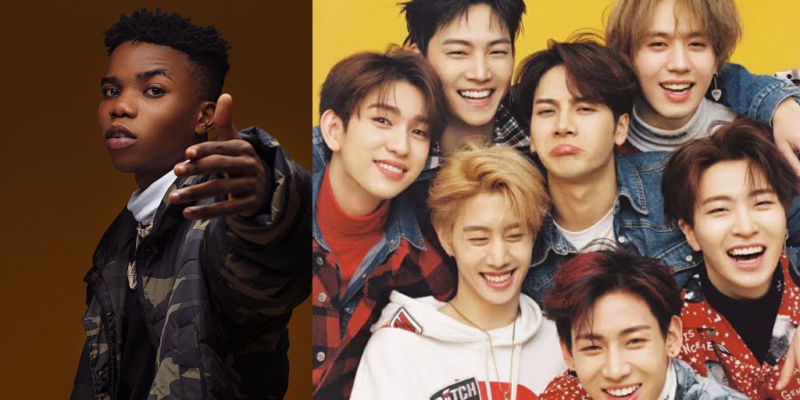 The singer released his first single off Marlain records, “Hold Me Down” and garnered over 3oo thousands streams on Youtube. However, South Korean music fans also known as K-Pop fans took to social media to decry the uncanny similarities between Lyta’s video and “Just Right” by South Korean K-pop boy band GOT7. It was also stated that Lyta also took the concept of another music video titled “Boys With Love” from South Korea’s “BTS”

A Twitter fan page of GOT7 @GOT7_JYP noted the similarity between both videos. “Please take legal action on this. We do not accept plagiarism”, they tweeted and tagged the boy band official Twitter account.

[!!] Lyta’s Hold Me Down MV has plagiarized GOT7’s Just Right MV. @jypnation @GOT7Official
Please take legal action on this.
We do not accept plagiarism. #GOT7 #JustRight #???