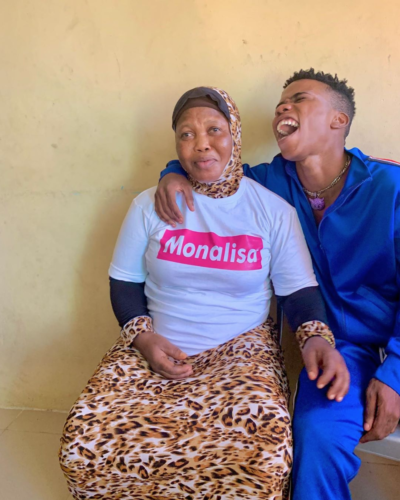 Another impressive record from Lyta tagged “Mama” surfaced online today and it touching our souls already.

Ex YBNL’s now Doro Music superstar, Lyta serves us with another emotional and thoughtful song titled “Mama“. This record is another Leak that surfaced online earlier today just hours after the previous joint with Fireboy – ‘Soro‘.

“Mama” was recorded during his days at YBNL On this record dedicated to his Mother, he assured her about receiving topnotch care from him very soon because he is now a superstar. He also appreciates Olamide for giving him a chance/platform to become a superstar. In which he would be able to take care of his Mother and provide her with all that she lacked while caring and raising him up.

Lyta’s grass to grace story is such an inspiring one. Know for hit tracks like “Time” and “Self Made,” the Nigerian fast-rising artiste from the streets of Ajegunle in Lagos came from a poor family and was born from a blind mother. His mother appears to have been the motivation to work harder so he can give her a better life. The singer during his clash with Olamide over record label issues revealed that he was depressed due to the constant demand from his fans who question why he wasn’t dripping any new music.

He also revealed that the reason why he’s doing what he’s doing is because of his mother’s blindness. According to him, people bug his mother and her condition especially knowing that her son is a superstar, whereas he has nothing. With this track, it is evident to see Lyta’s love for his mother is indescribable and unconditional.