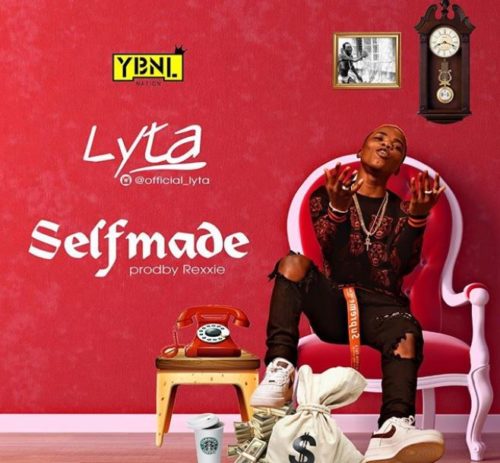 YBNL signee and next star , Lyta releases his most anticipated single “Selfmade“, the new record was produced by Rexxie.

After the success of his first single ‘Time‘ under YBNL featuring the label Boss Olamide, Lyta has been working on himself to release great records and Yes the young star has changed since Olamide singed him as he delivers this new masterpiece. He was also on the new record Kpakujemu with Olamide, Starboy Terri & Barry Jay which was released a short while ago.

Selfmade is a top notch record from Lyta as he shares his story into the new fame. Enjoy below

Everywhere i go now they want to smile with the boy

Shout out to the people now, wey dey show me love