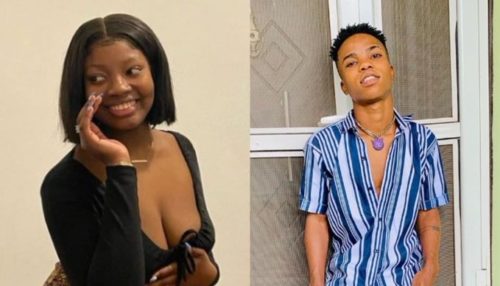 Lyta’s baby mama, Kemi has revealed that she ended things with her baby daddy, Lyta because he was blocking her blessings.

She made this revelation during a Q&A session on her IG story when a follower asked if Kemi ever wished Lyta can change and they will be a happy family.

Kemi replied to the follower, that once upon a time she would have given anything for them to be a family, but she had to wake up from her dreams after she realized Lyta was blocking her blessings and other opportunities.

According to her, she achieved so much more after she stepped out of the relationship and couldn’t believe she almost settled for him. Kemi added that she had to beg Lyta for them to end things and just be co-parents to their son, but he refused and she had to do it the hard way. She also disclosed that she is finally happy with her decision to leave him and has nothing but love for her baby daddy. 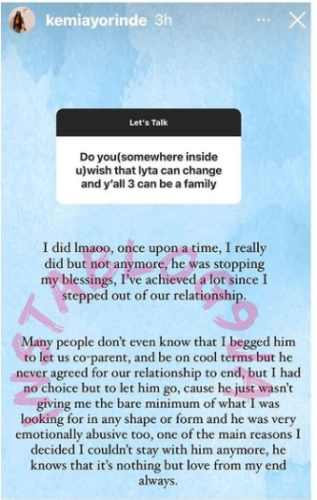