“Made In Lagos” Vs “Twice As Tall”… Which Do You Listen To Without Skipping A Track? 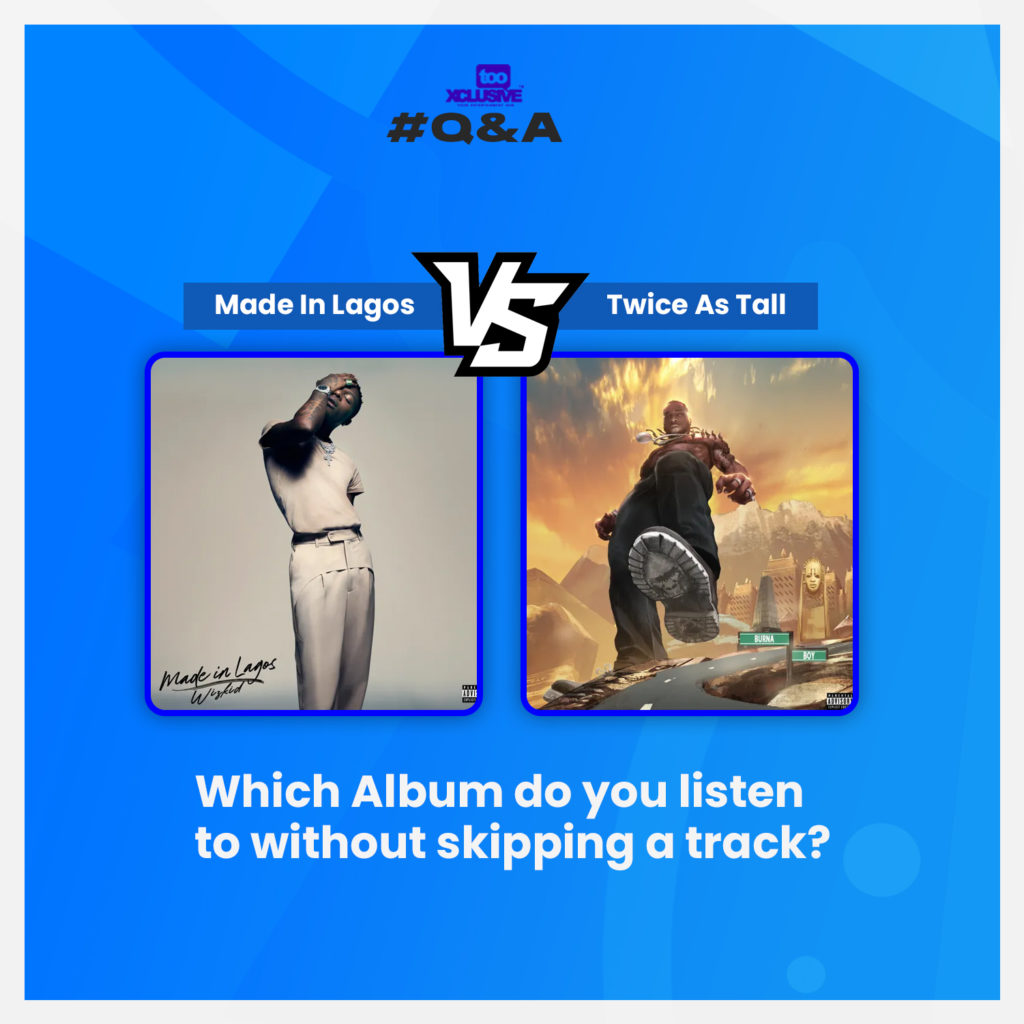 Which of the above 2020 album do you listen to from the first track to the last?

Wizkid’s “Made In Lagos” album was released October 30, 2020. With this music project named MADE IN LAGOS, the album isn’t just restricted to Lagos/Nigeria alone, it has a global vision, uniting Kingston (Blessed, featuring Damian Marley), California (Smile with HER), London (Skepta, Ella Mai) and home – Essence, featuring Nigerian R&B singer Tems, is a Lauryn Hill-ish stunner, and fellow African giant Burna Boy duets on Ginger. Wizkid’s sound here is slinkier and more sophisticated than before, with more sexy sax than a Kenny G single all thanks to some pristine production, largely from Nigerian Londoner P2J (and from promising Ghanaian beatsmith Juls on Tru Love).

Between these superb albums, Which One Do You Listen To Often Without Skipping A Track… Wiz’ Made In Lagos or Burna’s Twice As Tall?