May D Celebrates As His Marriage To Swedish Wife, Carolina, Crashes After 2yrs 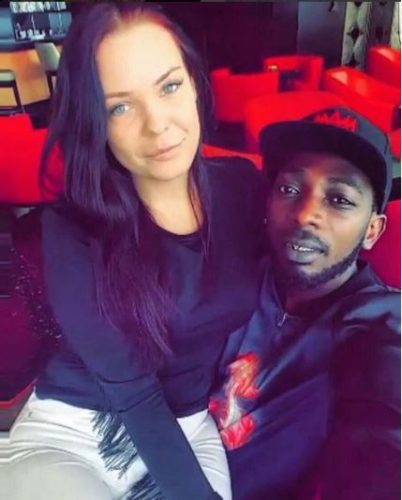 It appears the 2-year marriage between May D and his Swedish wife, Carolina has crashed.

The Confam entertainment singer made public his wedding to Ms Wassmuth in November 2018 and they welcomed their first child together in October 2018. However, in a recent tweet, May D announced that he is single and free again. According to him, he has been in a relationship for over 15 years and its high time to took some time to be alone.

Taking to his Twitter page, he happily wrote: “I’m single Again and free! For over 15 years I have always been in a relationship I think I need to be alone for some time!

I’m single Again and free! For over 15 years I have always been in a relationship I think I need to be alone for some time!

In another tweet, May D insinuated that they had money problems which resulted in the end of their marriage. This was in a response to a fan who stated that his own marriage ended because of money. “Na money cause my own singleness Boss man….I need money badly”