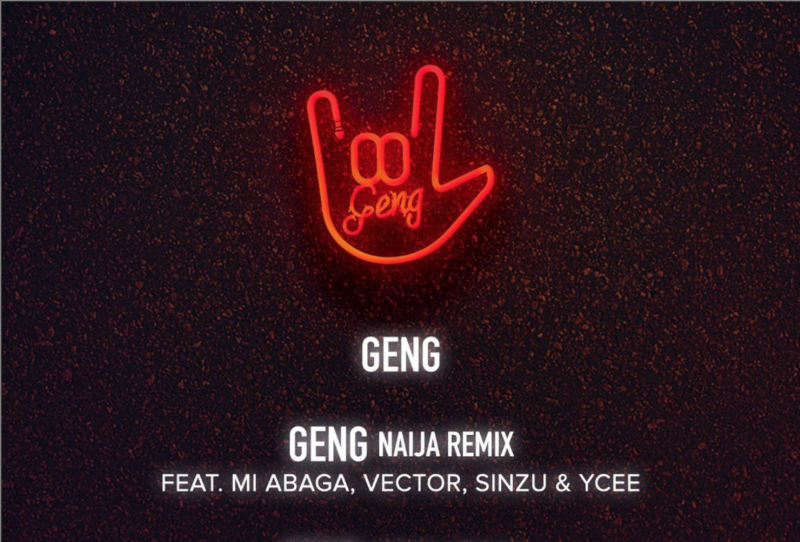 Mayor of Lagos – Mayorkun dishes out the remix to his solidarity bop song “Geng” which calls for squad celebration. This new release is titled “Geng Naija Remix” and he enlists Nigeria’s top rappers; MI Abaga, Vector, Sinzu, and Ycee.

The DMW hitmaker shocked fans when he announced that he was releasing an EP with three remixes of his smash hit song “Geng“. The first Geng already had a reputation for being the official soundtrack for squad goals so fans were really expectant for this remix. This was due to the fact that it had two of Nigerian finest rappers that are arch-rivals. Fans were amazed at how Mayorkun was able to get the two rappers in one track.

The rappers jumped on the buzzing Anthemic song produced by QueBeat and dropped dope verses with blazing bars/flows making it hard to tell which had the best verse.  The Nigerian version tells us that rappers in the Nigerian music industry need to do more collabs. It shows us that we’ve missed a lot when it comes to rap and who knows, the rap game might resurrect because of this.

Listen to the Naija version below to point out the rapper with the best verse.