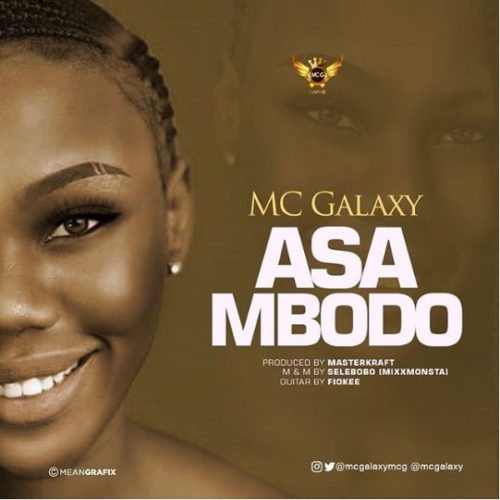 MC Galaxy releases a new jam “Asa Mbodo”, as a follow up single to his last release featuring Zlatan.

The talented singer sings melodiously to the new lady that melts his heart with her precious smile and beauty… the only one that can cool his temper and also kill him… Listen and Enjoy!!