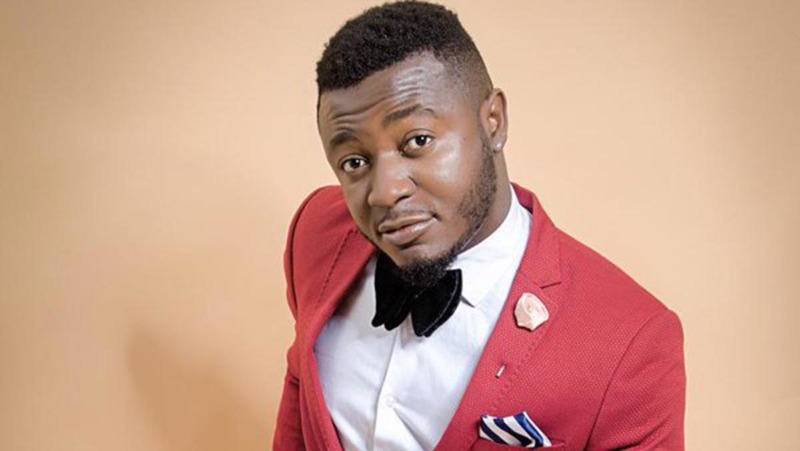 Sensational singer, MC Galaxy has been lambasted by Nigerians for spraying money at protesters in Lagos.

The singer was said to have stormed the Lekki protest with a convoy and started sharing N200 notes for those around. However, this action garnered angry reactions from Nigerians who took to Twitter to slam him for his “stupidity”. According to them, it is irritating that he would take the protests as a joke while people are dying.

It’s irritating that a lot of people are beginning to take this protest as a joke.Yesterday Mc galaxy sprayed money at the protest? ffs.People have died. A lot of people put their lives on the line. This is NOT A JOKE!!we are out to protest. No loose focus ?#EndsSARS#EndSWAT

People are dying and are still dying but someone thinks he should come and show off N200 notes at a protest ground.

MC Galaxy must really be daft! If he wants to donate money he should have done it through the right portal. Set awon yeyebrities! #EndSWAT pic.twitter.com/2yuWuZ38ze

Na today I know how stupid mc Galaxy is
Sharing money at a protest ??????
Anyway they don pursue am like goat
We moved ?????? #EndPoliceBrutalityInNigeria

MC Galaxy got to the protest only to spray money in the air.

Anyone that knows MC Galaxy should tell him what he did yesterday should never repeat itself, ever. He’s an idiot. Spraying money at protesters? Goddamit ??????#EndSARS

MC Galaxy, that was just foolish. How do you think? Spraying money at protesters, are you a cow? Bia better remain at home if you’re not contributing sense #EndSARS

“Mc Galaxy Dragged For Spraying Money At EndSARS Protesters In Lagos”, 5 out of 5 based on 1 ratings.