Migos Add 5 New Tracks To “Culture III” For The Deluxe 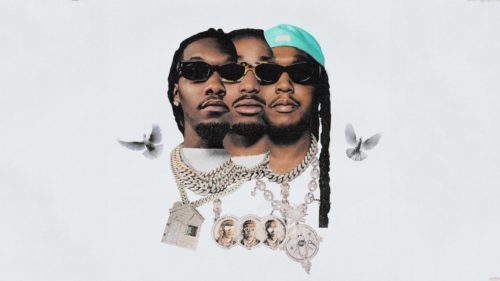 Just less than a week after releasing Culture III, Migos are already back with another 5 tracks for fans to digest as part of Culture III‘s deluxe edition.

The new album hit streaming services today, Thursday, 17th of June, which is also the final day for sales to count toward C3′s first week.

The new album “Culture III” features the likes of Drake, Cardi B, Future, Justin Bieber, Youngboy Never Broke Again, and more. Fans have been thrilled about the new music, and are still celebrating the achievement of Atlanta rappers Quavo, Offset, and Takeoff.

However, the 5 new tracks seem to be lacking in features, with titles such as How We Coming, How Did I, New Money, Menace, and Working A Fool. This goes to show that the rappers belong on the all-time Mount-Rushmore list, as far as Atlanta is concerned, and also to make sure that “Culture III” makes its way up to No.1 on Billboard 200.