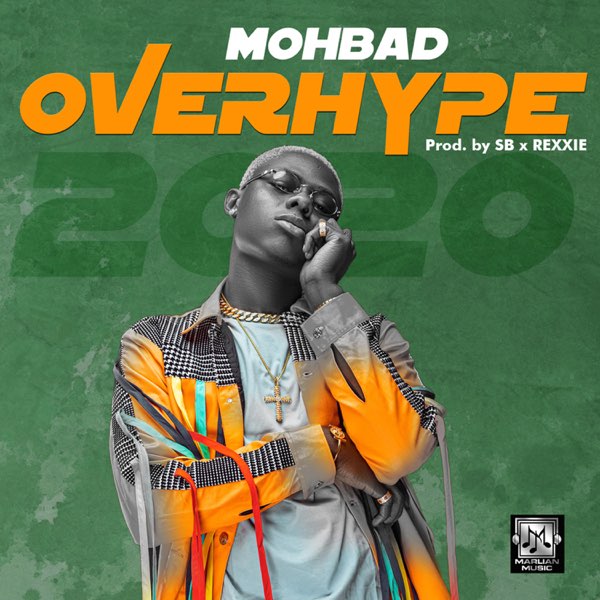 A great follow up from his previous hit ‘Komajensun‘ Mohbad brings us hard-hitting street vibes with ‘Overhype‘. This new one is Storytelling the different aspects of the year 2020 from expectations, surprises, and disappointments that have come with the year.

Mohbad has been trending underground on the street since last year (2019) for his input on the viral song ‘Balan Zia Gar‘ (Gan gan). He joined Naira Marley’s new label (Marlian Record) late last year and he is has shown the industry why the street loves him with his music outputs. The debut single, ‘Koma Jensun’ was a major successful for the rising street pop act (singer & rapper). He gained more attention and Marlian fans which the vibe, wordplay and lamba he dropped on the record. Moh also joined force with his Boss Naira Marley on ‘Didolobo‘ alongside label mate C Blvck months after his debut single.

Giving the street what it want and love the most; Slangs, Lamba and Catchy lyrics Mohbad comes through with ‘Overhype‘. On this he calls on Marlians to come and hear the latest update, shares that Ladies have been calling him a fine guy, Niggas regarding him as the baddest rising act and the mummies staying on his case. Mohbad says all these are hyping and he doesn’t want because it’s same Hyping that made 2020 what it is.

No doubt, Mohbad is having one of the best years of his career, making a slow but steady leap for...