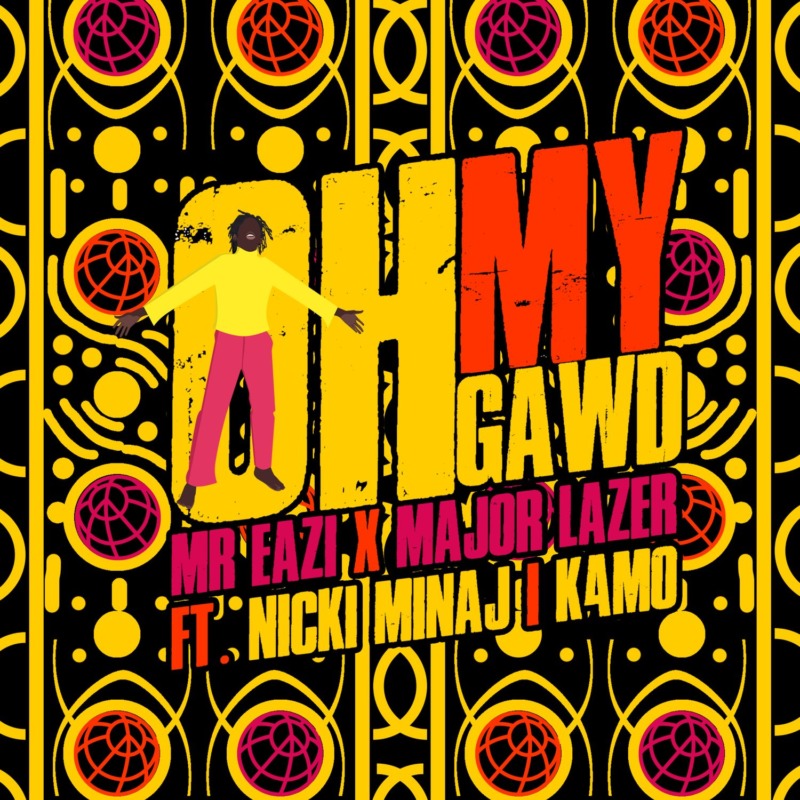 MR EAZI and MAJOR LAZER share their new single “Oh My Gawd” featuring American female rapper NICKI MINAJ and K4MO. The track is a fusion of Dancehall, Afrobeats and EDM sounds which takes lyrical inspiration from reggae classics by Black Uhuru and Baby Cham, is the first single from Mr Eazi’s soon to come body of work – “Something Else EP” scheduled for October. It’s a follow up to his previous release ‘One Day You Will Understand EP’ which he dropped in three month ago, June 1o, 2020.

The four-track EP is MR EAZI’s first new project since his 2018’s acclaimed ‘Life is Eazi, Vol. 2 – Lagos To London‘ album. The new body of work features collaborations with MIKEL, an alum of last year’s inaugural emPawa 100 class, who co-wrote the lead single “I No Give Up On You”; C NATTY, of emPawa’s freshly minted emPawa 30 class, who appears on “Baby This Your Body Na Gòbe Fine Fine Sweet Òkpéke”; and Ghanaian highlife star KING PROMISE, a client of emPawa’s new digital distribution arm, who adds his dulcet tones to the opening track “Baby I’m Jealous,” produced by fellow Ghanaian and emPawa producer, GUILTYBEATZ.

Before the release of this ‘One Day You Will Understand EP’ Don Eazi earlier shared the snippet of his song with Nicki on social media.

“This record was really fun to make,” Mr Eazi says, “and it’s crazy how it went from hearing a K4mo intro in the studio with Fred Again, to me jumping on it and then Diplo hopping in! And Walshy hitting me up to say it’s a banger—next thing Nicki is on it! Been a journey really, like two years in the making and I can’t wait to perform it at my next festival!”