Mr P’s “Karma” Is A Better Song Than Rudeboy’s “Audio Money” – Do You Agree? 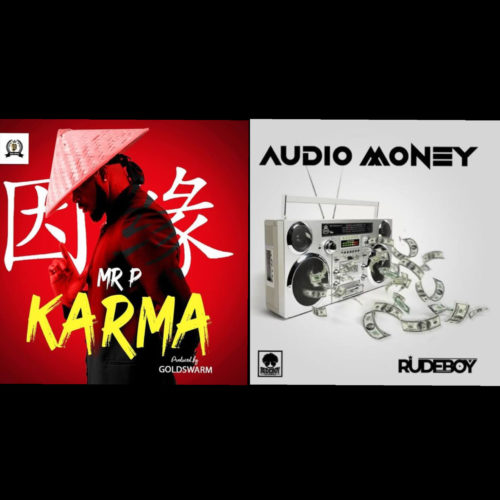 The Okoye brothers have continued to do well even after they broke up as a team. Both stars were criticized by a lot of music fans for allowing their ego cloud their judgment and letting P-square go into extinction.

People made a lot of proclamations when their relationship hit the rock. They said if they allowed P-square fold up then that would be the end of their music career. However, that hasn’t been the case as both brothers have been doing fantastically well even as individuals. They have churned out several hit songs as Rudeboy and Mr. P and are not even showing any signs of slowing down.

Keying into this motivation, both brothers recently dropped two singles which have been doing positively in the industry and getting their fans to drag about.

Rudeboy dropped “Audio Money” which in fact has become a pop culture. Music fans now attribute people make false financial promises as people who have “Audio Money.” i.e. people who do not have money but brag about it. The Lord Skyy produced song is a good one for the dance floor and a jam that would still teach you a lot of things about the reality in the society. It’s a motivating and liberating song. It has a video which is doing very well on YouTube as it has already amassed over 2.7 million views.

Mr. P on the other hand released his much anticipated single;”Karma” last week and since the release, it’s being doing well and getting a lot of positive reviews from fans.

However, we would like to know which of the two records you are feeling the more?

Mr P’s “Karma” Is A Better Song Than Rudeboy’s “Audio Money” – Do You Agree?

Nifemi is a graduate of the University of Lagos. He's a unique user of the pen when it comes to the expression of whatever. He is editor-in-chief of the organization and also a writer of news, articles, editorials and a lot more to help expand the level of knowledge of the readers and simultaneously have them entertained. A lover of music and football is who he is and a Man Utd die-hard.
Submit your comment
70 total comments on this postSubmit yours
Popular Posts