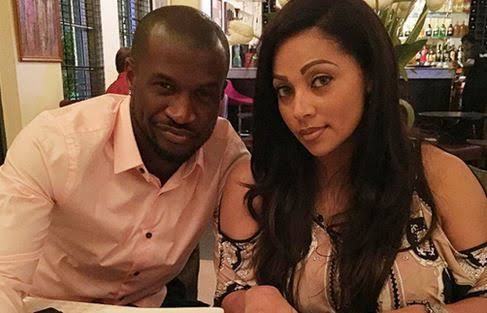 Mr. P’s wife, Lola Omotayo had to vent her anger on one uncultured Instagram user who tried to condemn her for not following her husband’s wish of supporting Big Brother Naija housemate, Tacha.

You all know already that Mr. P is a huge fan of Tacha, judging from his campaigns for votes for her and his promises of goodies to her too. Automatically, one would expect that since Mr. P is a fan of something, his wife probably should be too. However, reverse is the case as Mr. P’s wife; Lola is not a fan of Tacha. In fact she campaigns against her and solicit for votes for other housemates.

She took to her Instagram page some hours ago to condemn Tacha’s alleged ill-mannered behaviour and ask for support for either Mercy or Mike who are Tacha’s greatest competition in the reality show. On doing that, a particular Instagram user found it impossible and she feels it is wrong for her to go against the wish of her husband and do here own. She feels Lola just for the sake of her husband should support Tacha and abandon what her heart feels comfortable with. On seeing the comment made by the user, Mr. P’s wife got appalled and delivered a fierce but educative response.

She wrote; “Why are you so bothered? Is this not a game? Last i checked, i have right to my opinion. So ppease stop drinking Panadol for somebody else’s headache. If you have a good understanding of the English language, you will understand that i did not trash Tacha, i simply do not like her behaviour.”

Mr. P however is yet to make a comment on this and we wonder what it would be. Would he defend his wife or let the game’s emotion cloud his judgement? We wait to see what unfolds, you should wait too.