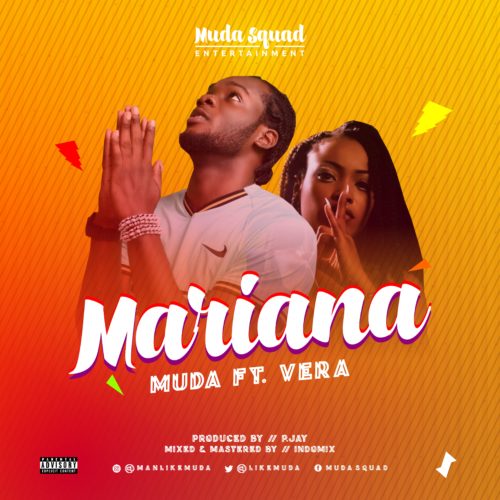 Nigerian – Italy based artist “MUDA” drops hit single “Mariana”. Amuda Oshiobugie popularly known by his stage name “Muda” is an afro-dancehall/reggae musical artist. As an international artist who has explored countries like Italy, Holland, Germany, Finland, Switzerland, Spain, France, Tanzania, Ghana and Togo, his songs are focused on the liberation of all unlawful prisoners around the world, his vision is to proliferate, motivate and  inspire’ the unity and freedom of men.

A man like MUDA was born 5th of May 1992, in Etsako West Local Government Area, Auchi, Edo State, Nigeria. He is a Christian. He is a graduate of Fine-art in one of the prestigious institutions of Nigeria. He started his musical career in the month of November 2018 and decided to take up music professionally this year’ January 2019′.

According to him, ‘I have recorded a lot of songs like Sinner gyal, Payday, Marathon Race e.t.c’ but Mariana song is an exceptional love song that cuts across all races in which I featured ‘Vera’. Mariana was produced by P.Jay, mixed and mastered by Indomix.