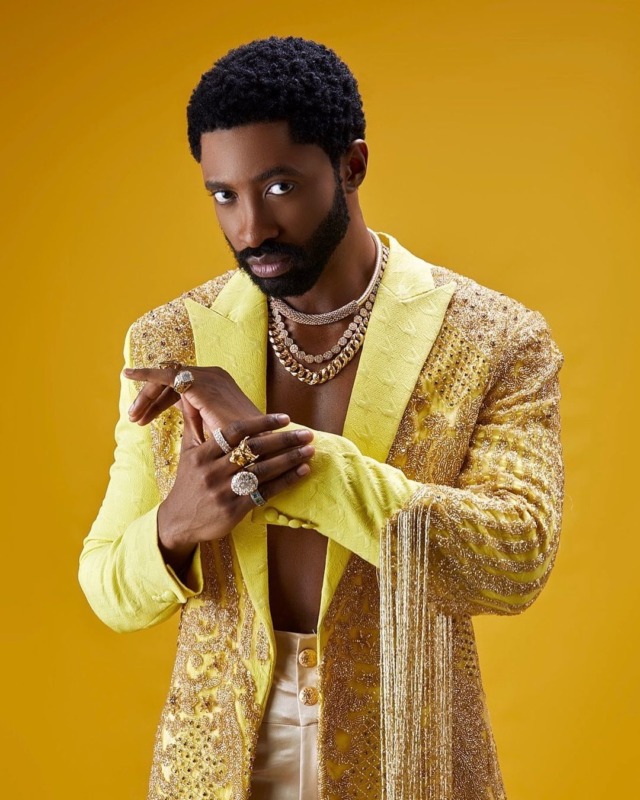 Nigerian singer and songwriter, Ric Hassani has warned his brother and colleague, Peruzzi following his tweet about love.

This morning, Peruzzi revealed that he has fallen in love again after the numerous heartbreaks he had suffered. He sarcastically wrote, “I don Fall in love Again. Smh”.

Reacting to this, the ‘Thunder Fire You’ singer, Ric Hassani warned his friend to remove such thoughts from his head. According to him, falling in Love is a bad idea and obviously, a setup. He advised his friend, Peruzzi to quietly leave the ‘love zone’ for his own good. 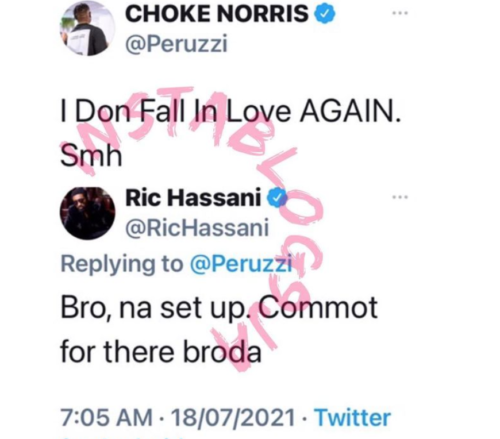 Ric Hasani’s tweet came as a surprise to tweeps aware of his efforts to get Actress Jemina’s attention. You will recall that some months ago, Jemina decided to shoot her shot by telling Ric Hassani that she will gladly marry him if even he takes pictures like an old man (See post here).

Though Ric Hassani dropped his controversial song, ‘Thunder Fire You‘, we thought he was back to being a man of love, but it’s obvious Jemina has run him street and he’s back to being indaboski.