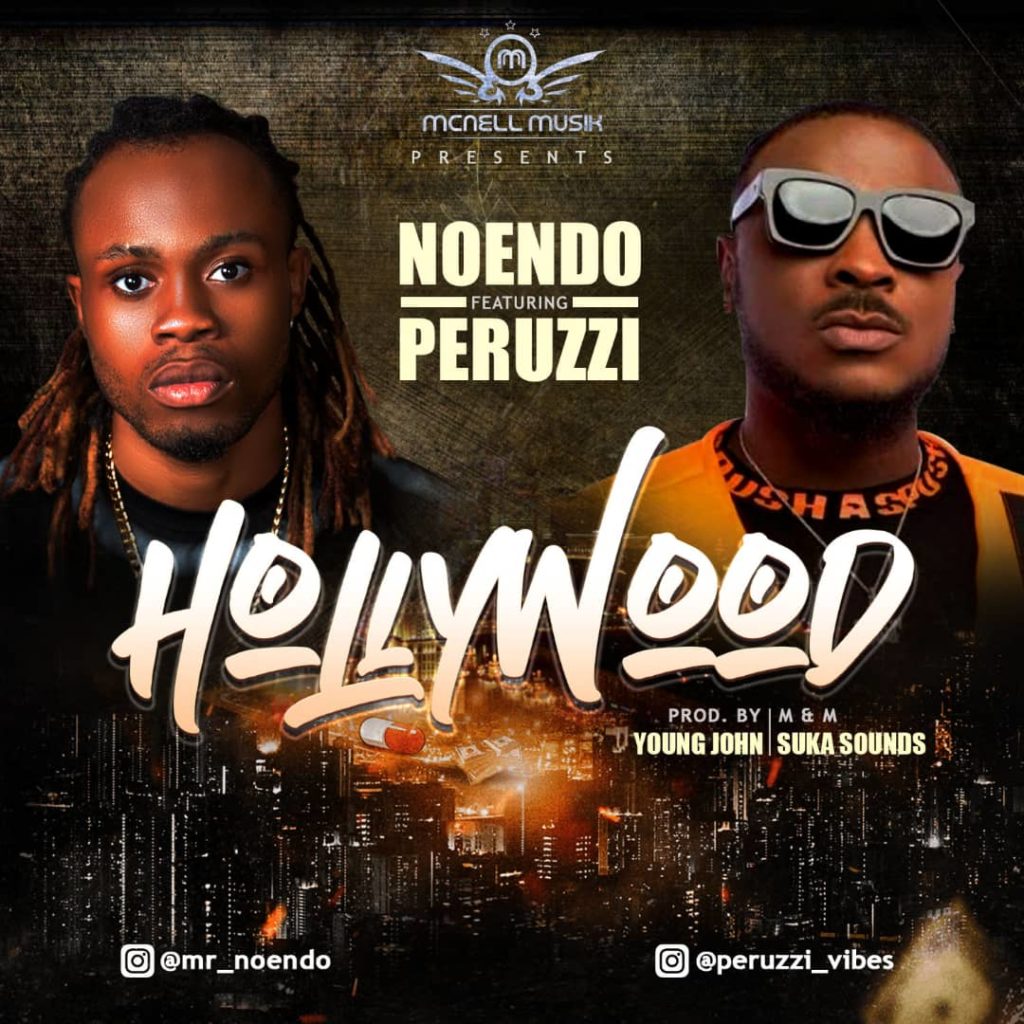 The McNell Musik Multitalented Entertainer, Amadi Emmanuel popularly known as NOENDO is back with another master piece titled “HOLLYWOOD” which he featured DMW’s Sensational Singer PERUZZI.

This is sequel to his last release ANULI which gained a good public reception and media exposure.

NOENDO; The Song Writer, Singer, Dancer and Music Producer has this song as another proof of his versatility in the Entertainment Industry.

“HOLLYWOOD” is a spectacular Love Song which was Produced by One of Nigeria’s A-List producer Young John (The Wicked Producer) Mixed and Mastered by Suka Sounds.

Already making a massive impression, the NOENDO Latest release has already made it to the BBN Season Six House PlayList which is an indication of that this single is a Hit.

Follow @mr_noendo on IG for more update from The SongBird himself.