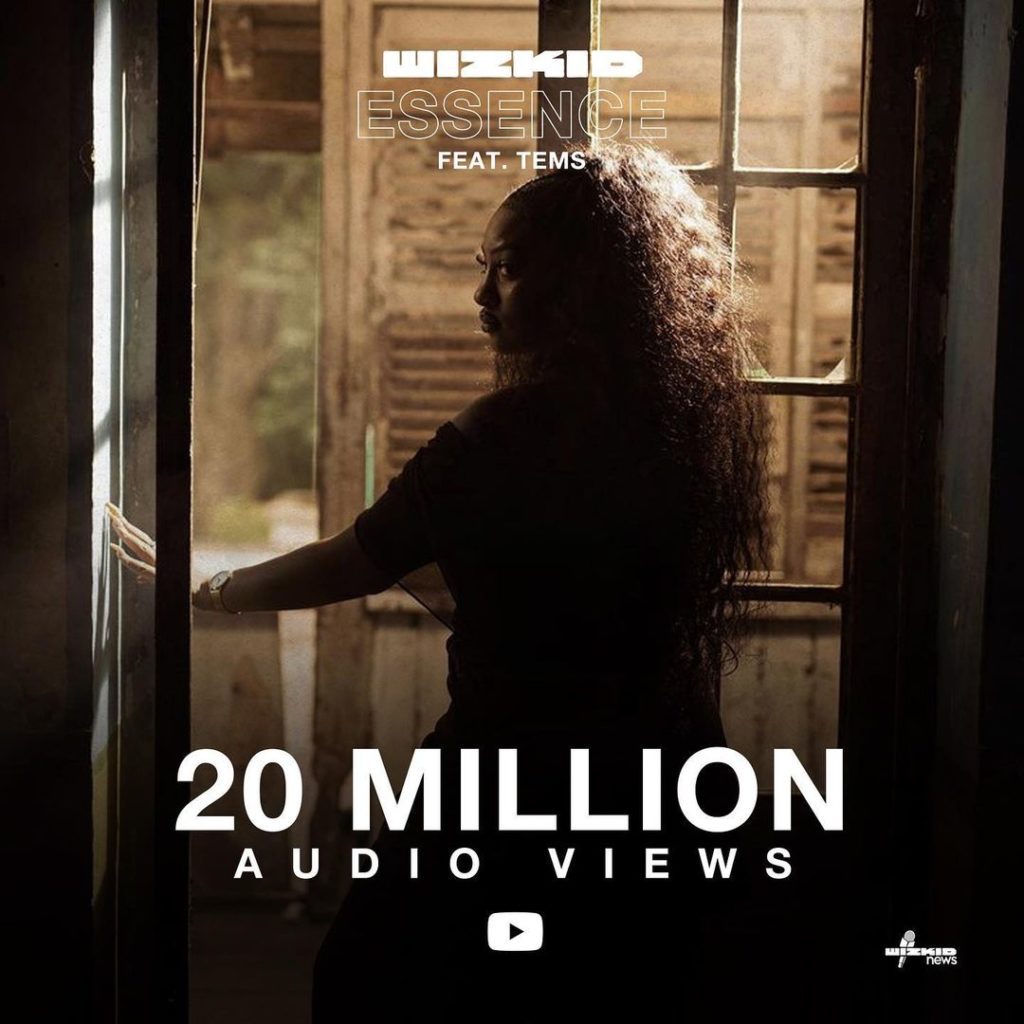 We don’t need no other body… Well, maybe Wizkid and Tems…..

The duo found themselves trending again after their classic jam ‘Essence’, surpassed 20 million views on the popular video streaming site, YouTube. This is coming two months after the additive jam hit the 10 million mark view on the site.

While music lovers are celebrating this milestone, Essence broke another record. The song just clocked 20 million ‘Audio’ views on YouTube. This is a great feat as many songs have struggled to reach 10 million audio views and Essence effortlessly did that #Nostress.

This achievement shall be added to the list of awards and international recognition Essence has received since its release in 2020-2021. 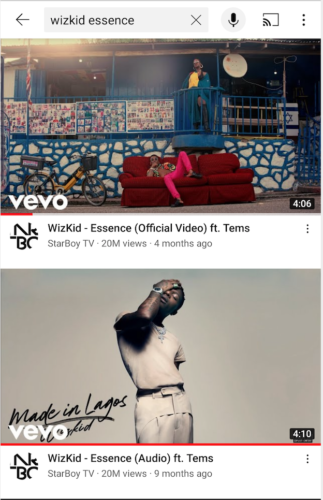