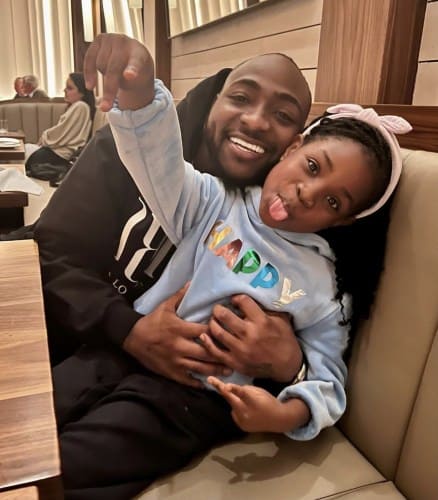 Nigerian singer, Davido is getting dragged on Twitter for allegedly gifting his firstborn, Imade a look-alike Burna Boy toy.

Imade just turned 7 and the proud father of three flew in from the U.S to celebrate her new age. He even organized a last-minute birthday shoot for his princess and gave Imade his ‘Baddest 7’ pendant to fall in line with her hip-themed shoot.

After the photos from the shoot were posted online, fans couldn’t help but notice that the toys in the photo looked so much like the African giant. They took to Twitter to vote on whether the toy looked like Burna and many agreed it is a miniature version of Odogwu.

They wasted no time in dragging Davido for involving his daughter in his beef with Burna. Burna Boy fans have called Davido immature, and petty for giving Imade a toy that looks so much like their fave. 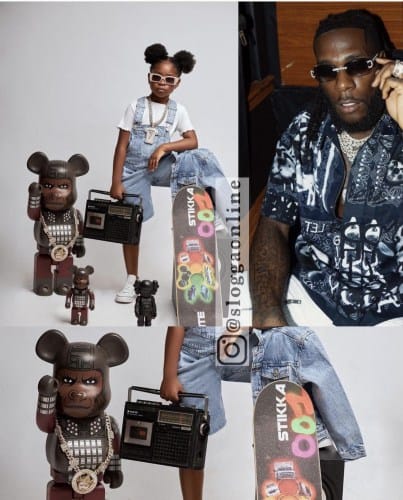 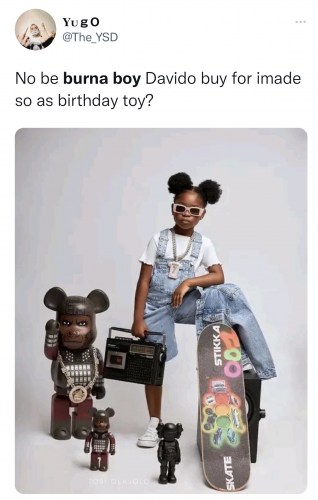 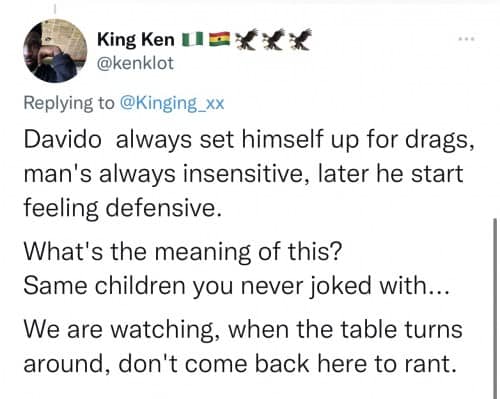 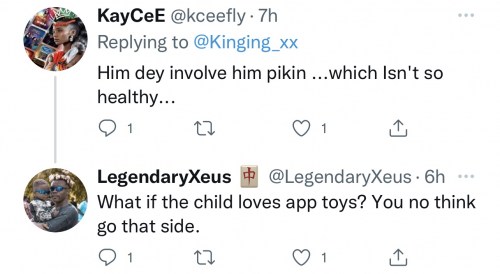