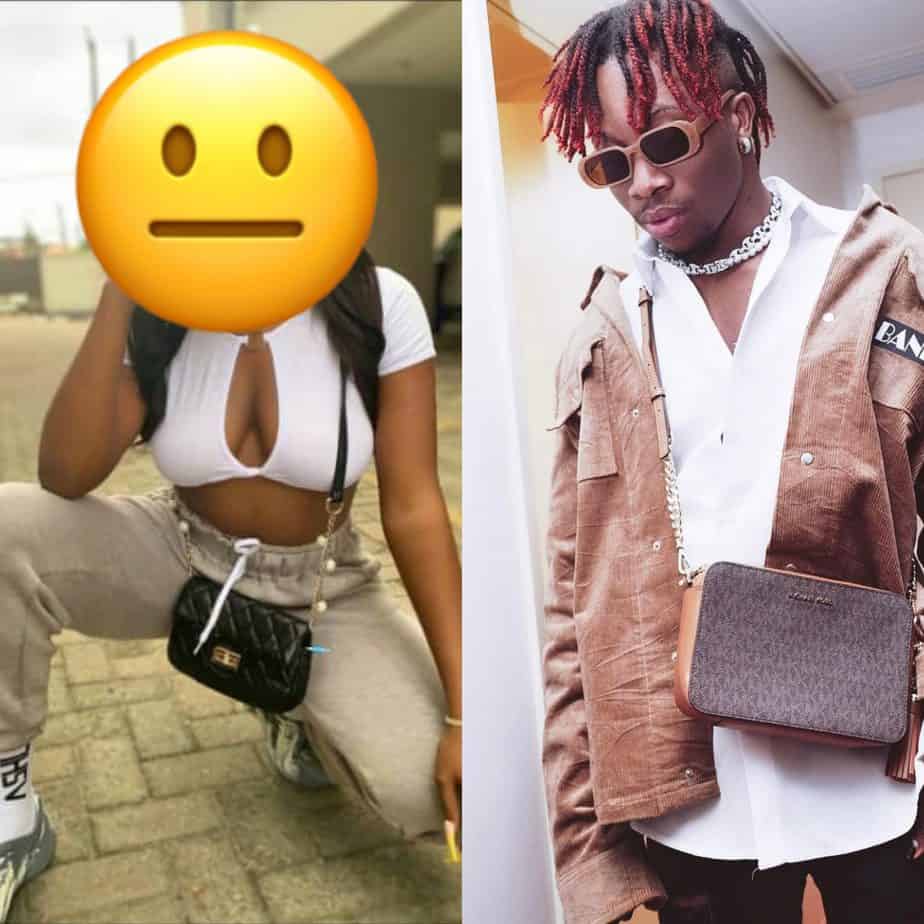 Another day, yet more problems for Oxlade….

Following the harsh reactions from Nigerians after his sex tape got leaked on Twitter, the girl in the video has vowed to sue him for 20 Million.

According to her, she has received threats, insults, drags since people realised she was the one in the video. The bashing finally pushed her to open up about her secret relationship with him.

Surprisingly, she and Oxlade have been dating for over a year even though she has a boyfriend. To prove to Nigerians that she is telling the truth, she shared screenshots of her chats with Oxlade.

The Girl (name withheld) also revealed Oxlade made the video and sent it to his friends without her consent. According to her, Oxlade’s actions didn’t only ruin her reputation, it affected her mental health, her relationship with her family and her boyfriend.

Apparently, her boyfriend was able to recognize her nails and moans from the video and immediately broke up with her via Snapchat.

She is demanding Oxlade’s pay #20 million for damages since he refused to contact her or reach out to her since the scandal.

Screenshots of her chat with Oxlade; 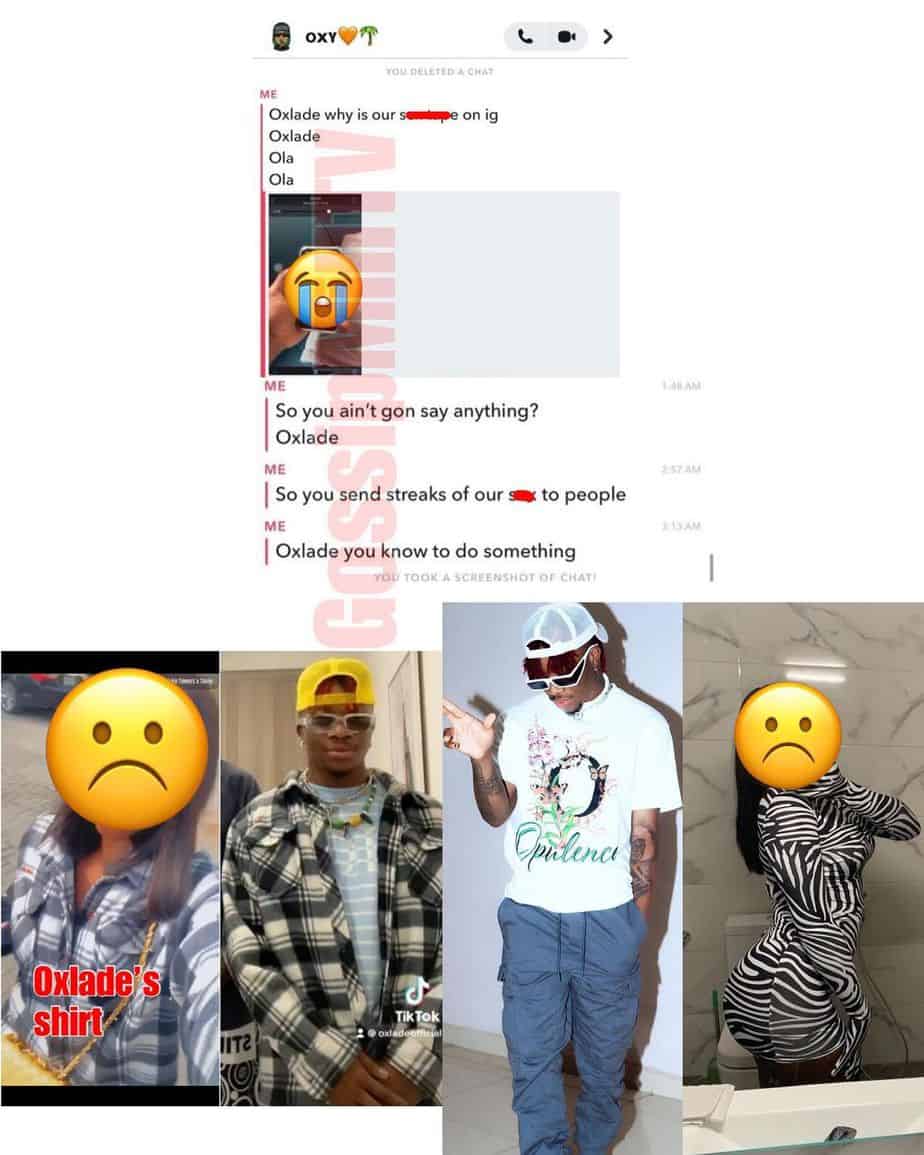 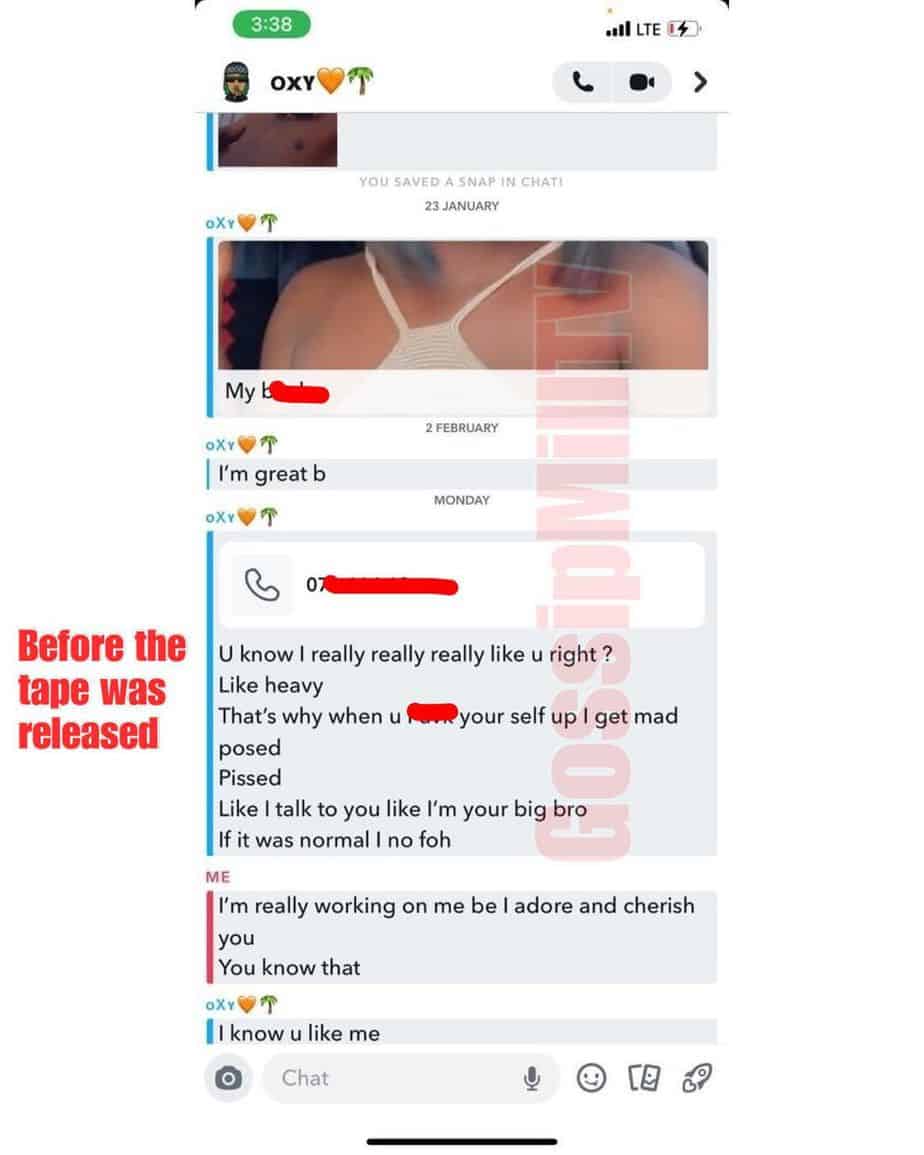 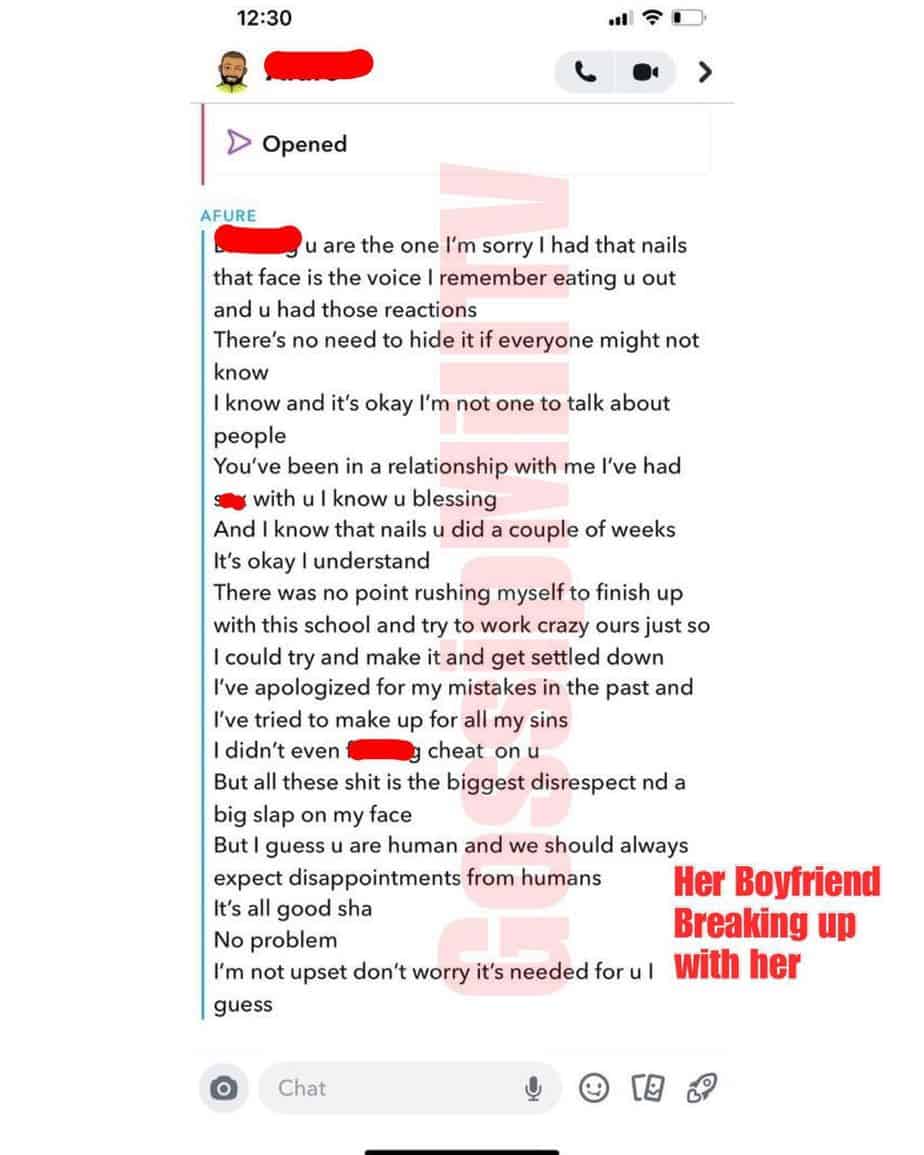 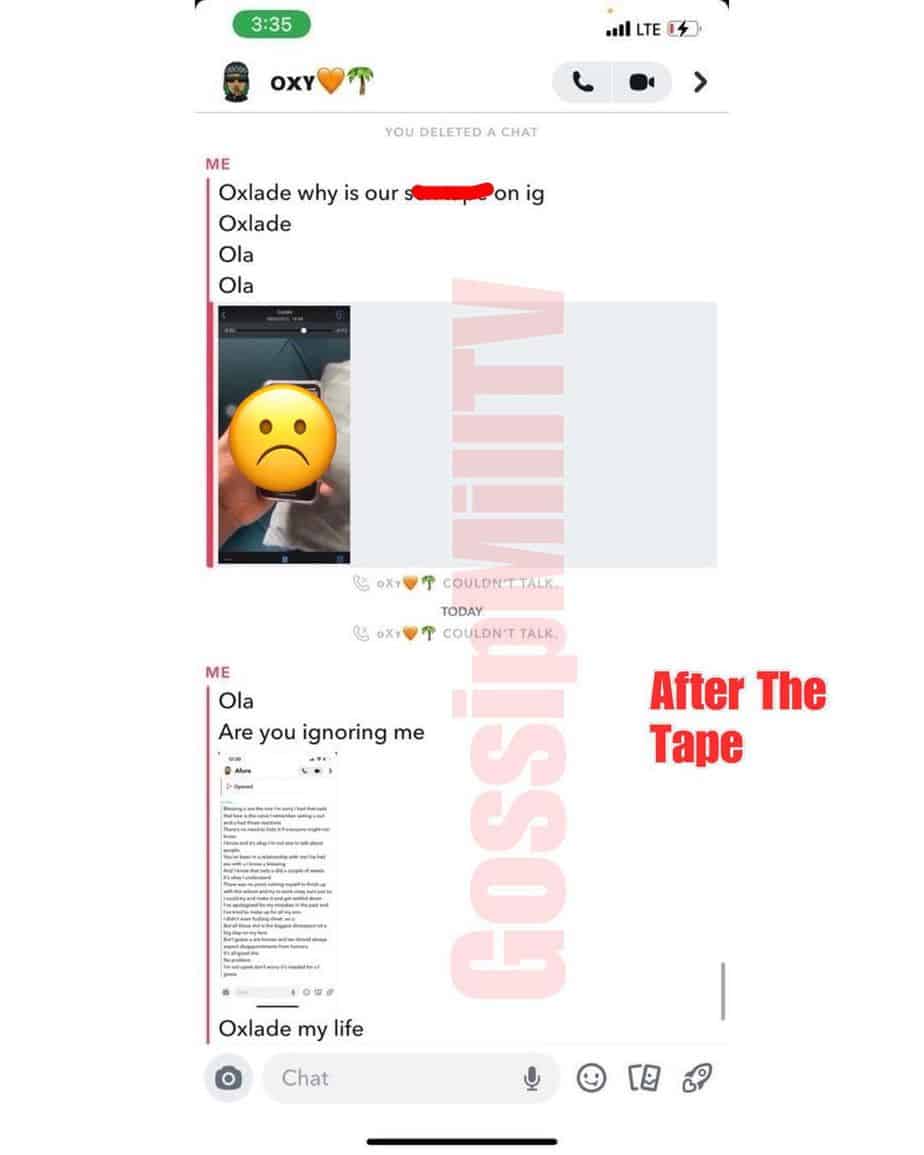 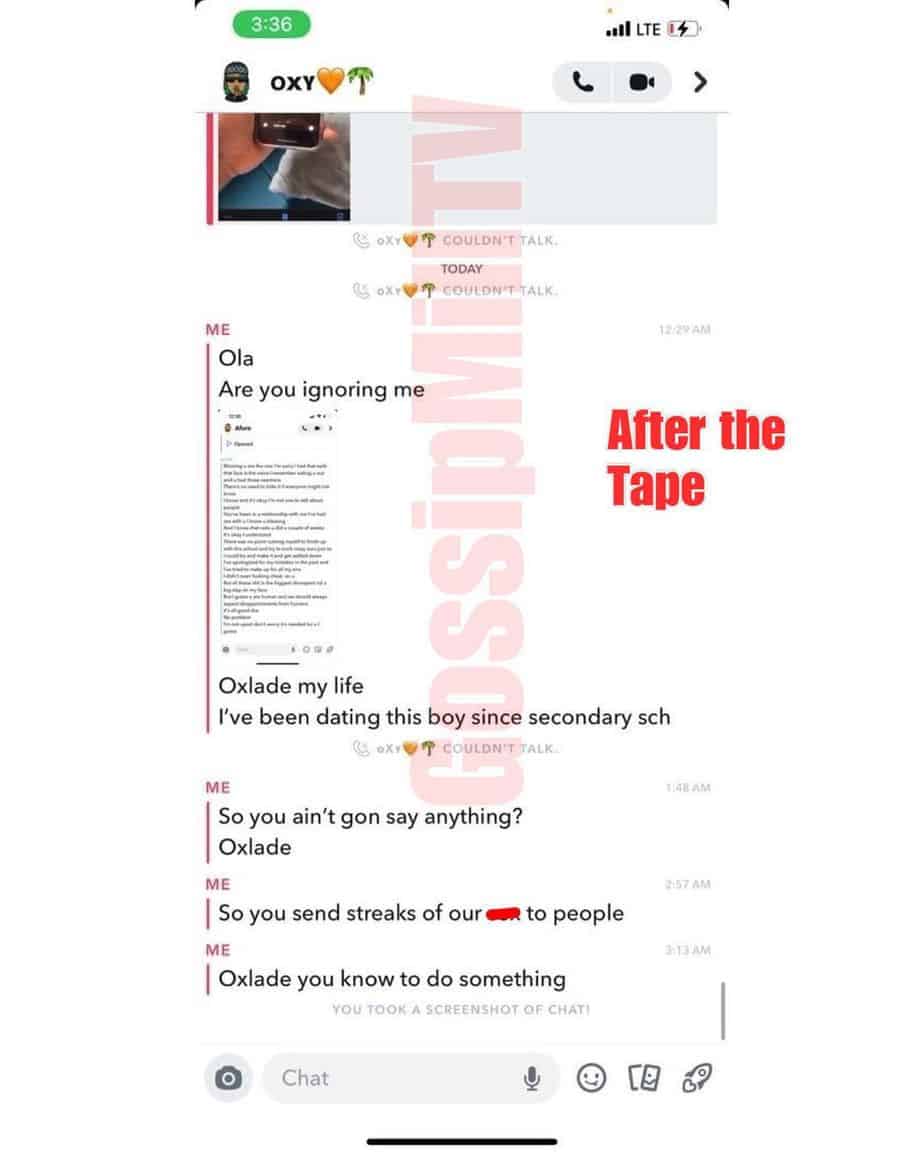 Listen To More Music Without Consuming Your Data.. Airtel Customers to get free data per day to access Spotify

Most Followed Celebrities On Instagram. Number 2 Will Shock You

Most Followed Celebrities On Instagram. Number 2 Will Shock You