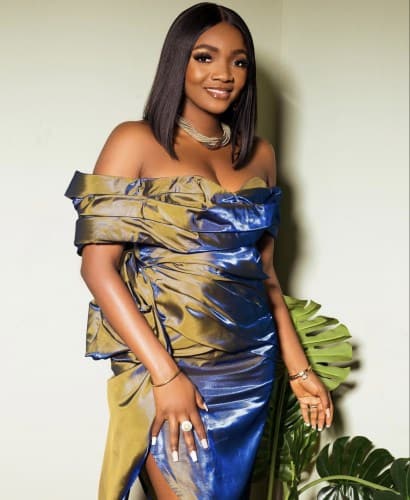 It’s official, Simi is the Savage Queen of Twitter.

The Joromi singer and a pained Chelsea fan dragged each other on Twitter after Chelsea lost to Liverpool yesterday. Simi who only wanted to sympathize with Chelsea said, “Sorry @chelseafc”.

This apology was not well received as a Chelsea fan wasted no time in dragging her music. According to this fan, Simi should be sorry for herself and try to make better music.

Reacting to this insult, Simi decided to play with words. She asked the fan why he wants to ‘Mount’ his anger on her when she only wanted to console him.

For those who watched the match, you would know that Simi was referring to the Nonsense stunt Mason Mount pulled on the pitch during Chelsea and Liverpool’s Penalty Shoot out.

LMAOOOO Why Mount your anger on me? https://t.co/L324YKalU5 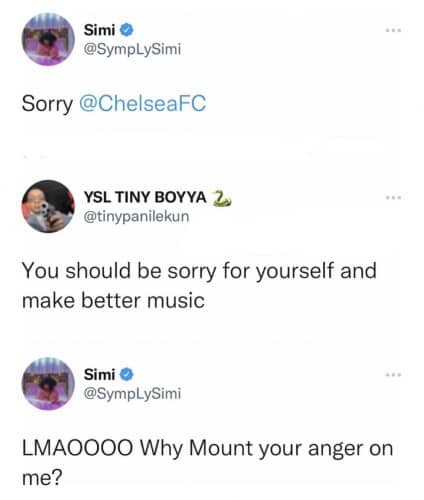