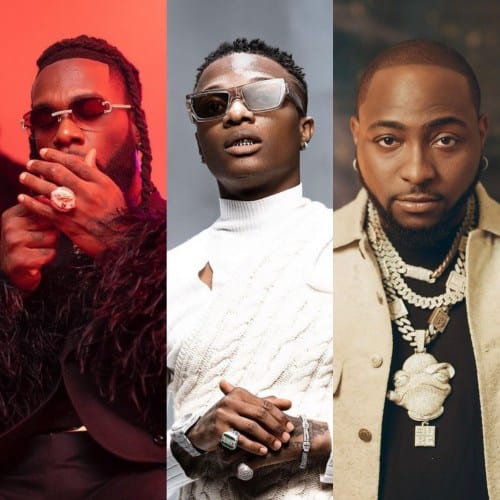 Wizkid is distancing himself from Burna x Davido beef.

The Grammy nominated artist made it obvious when he reposted some screenshots of Kendrick Lamar new album, “Mr. Morale & The Big Steppers” amidst Burna and Davido’s fight for number one on Apple Music.

Recall that Davido, Burna, Zinoleesky, Spinall x Asake, and Kendrick Lamar all released new songs on the 13th of May. The Afrobeats Derby which was supposed to be a fun Friday turned to a clash between fans as Davido and Burna aggressively competed for number one spot on Apple Music.

Reacting to everything, Wizkid took to his Instagram account to share a screenshot of the song he was feeling more and surprisingly, it wasn’t Burna’s LAST LAST or Davido’s STAND STRONG. New Wizkid Music “Bad To Me” | Get It Here First!