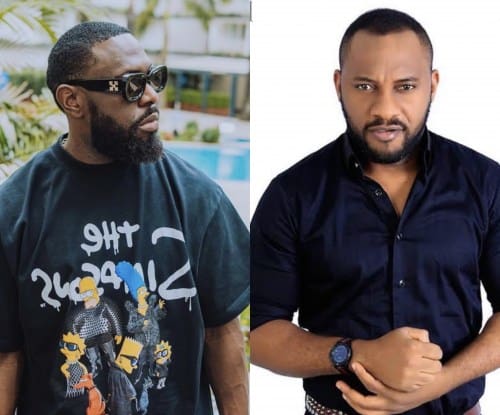 According to Timaya, if a man wants to be a polygamist, he should at least practice it like Ned Okonkwo or forget about it.

He added that it is wrong for an already married man who is managing his life to take another woman in and make her suffer.

This piece of advice is coming hours after Yul Edoiche took to social media to warn everyone to mind their business and allow him to marry his wives in peace.

If u want to be a polygamist do it like Ned Okonkwo. U can’t be managing and have 2 wife’s.

Timaya Rewards Himself With A Sleek, Yellow Ferrari Worth Over 140 Million Naira (See Photos)

“Timaya You Are Wicked and Heartless.. All I Want Is Justice!” – Hit and Run Victim, Dami Cries Out

BREAKING! Timaya Arrested For Fleeing After Knocking A Lady Down In Lagos | Watch Video

Buju Announces His Collaboration With Timaya