Nicki Minaj Congratulates Polo G On His First No. 1 Album 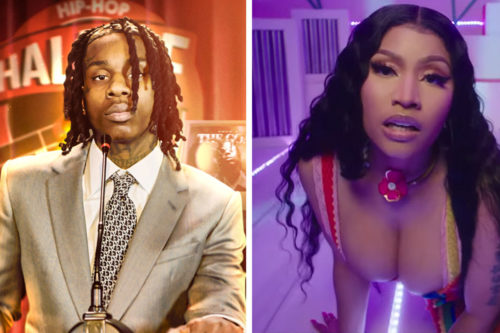 Its lead single “Rapstar” debuted at the top spot on the Hot 100, speaking on the impending success of the album.

The album is littered with appearances from the likes of DaBaby, Young Thug, Roddy Ricch, Lil Wayne, and more.

Nicki Minaj, who appeared on the “Martin & Gina” rapper’s summertime-ready track “For the Love of New York,” took to Twitter to give the 22-year-old his flowers.

However, Nicki Minaj played her Big sister role by taking to Twitter to celebrate the 22-year-old on his success. Sh wrote: CONGRATULATIONS POLO. SOOOOOO FN HAPPY FOR YOU. first #1 album. Chicago, stand TF UP. Talented & humble. Stay on ya grind boo. Make sure y’all check out the video he just dropped w|DaBaby, too. Dope.

Polo’s girlfriend recently revealed how he was able to score a feature from the Queen. 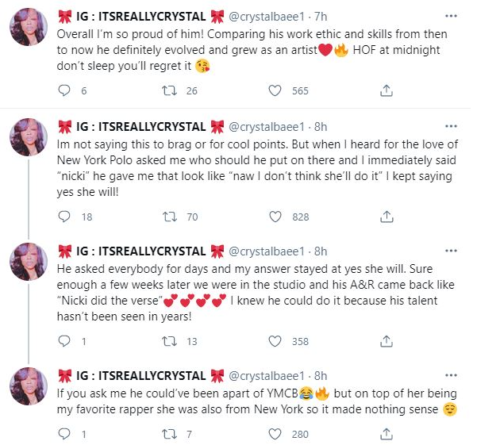 In her words: I’m not saying this to brag or for cool points. But when I heard for the love of New York Polo asked me who should he put on there and I immediately said ‘nicki’ he gave me that look like ‘naw I don’t think she’ll do it’ I kept saying yes she will! He asked everybody for days and my answer stayed at yes she will.

A couple of weeks later, Polo G got word that Nicki did end up recording the verse, and the rest is history.