Previous: After Just Dropping “Joro,” Wizkid Reveals He Is Dropping Another Song Next Week
By Taiwo Oluwafemi | Oct 1, 2019 | 10:32 - Leave A Comment 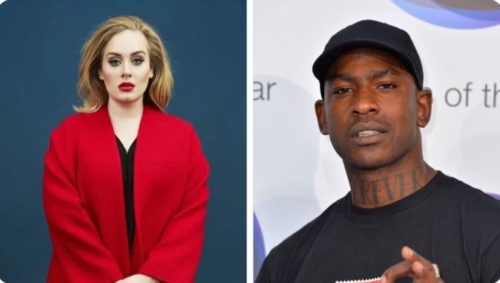 Could the rumours flying around about Adele and British-Nigerian rapper; Skepta being in a romantic relationship be true?

According to widespread reports from the media in the United Kingdom, talented Irish & international superstar singer, Adele and Nigerian-British rapper, Skepta are dating. These reports started to spread after both acts were seen together at various cool spots on several occasions. Meanwhile the news about these two has already caused a huge congestion on social media as everyone has been logging on to their social media channels, dropping their remarks on the exciting news.

If this rumours eventually develop as a fact, then it would be a really exciting ship to help sail as Nigerians definitely would be proud that their own son has caught a ‘big fish’ and would do everything humanly possible to sustain it.

Meanwhile, Adele broke up with her husband earlier this year and to have Skepta as a probable replacement would be something really interesting.

We are looking forward to it.