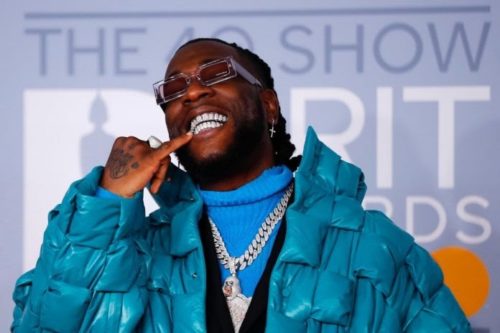 Grammy-award-winning Afrobeat star, Oluwadamini Ogulu widely known as Burna Boy clocks 30 today, and his fans and followers have taken to social media platforms to celebrate him.

Earlier, Burna Boy spoke about how much he would love to be like his father in terms of character and all despite the fact that he is not so rich.

He wrote: I can’t believe I’m really turning 30 years old in a week.

My Father is Not rich at all But i pray that as this new phase of my life begins I can be even half the man that he is. I just want to be better and do better.

I’m feeling emotional as fuck right now. lol. I wanna be in MIAMI on my birthday Smiling the whole week. @Diddy @Pharrell @KodakBlack1k @USMAN84kg @RickRoss @ZoeyDollaz im turning 30 in yo City! What we doing?

Everyone who can make it to MIAMI on the 2nd of July to the 5th of July should COME PARTY with me. 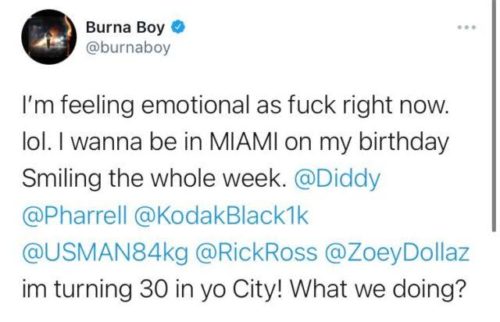 Elated fans of Odogwu are out there celebrating him and we have some of the messages below: 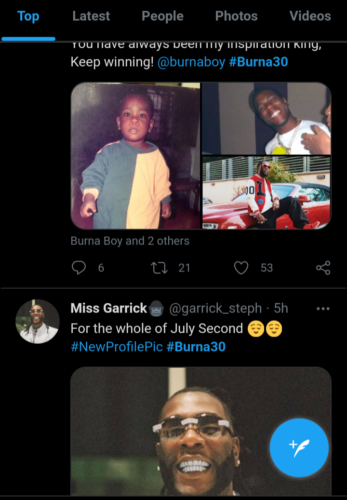 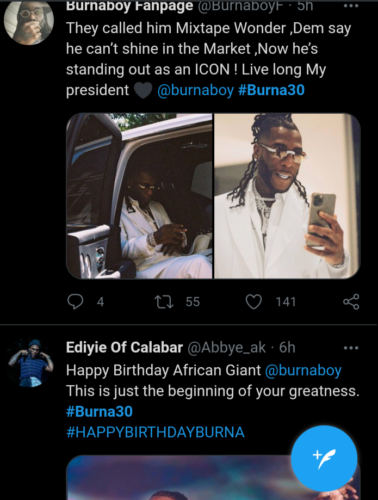