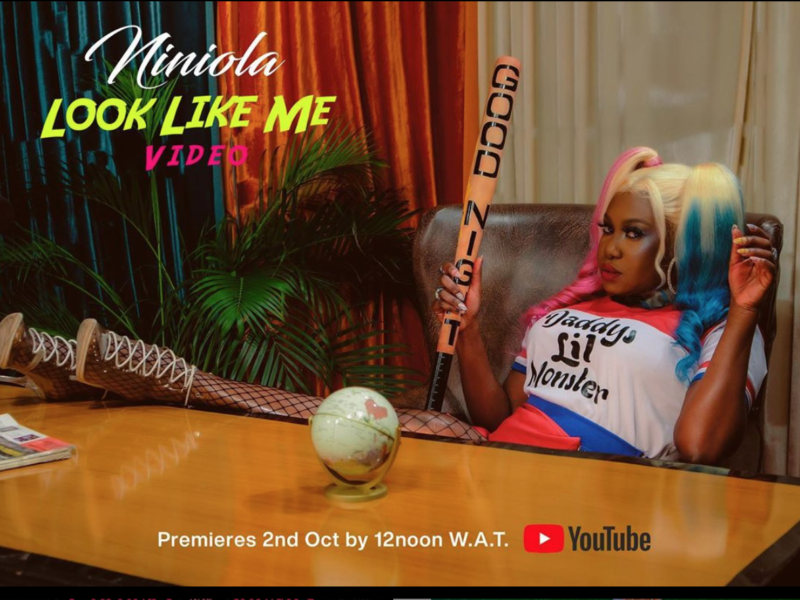 Niniola releases a new banging Amapiano song titled “Look Like Me” which comes with an entertaining music video… ENJOY!

Here is the 5th track – “Look Like Me” off Niniola ‘s newly released album. NINI takes listeners on a tour of Africa’s ever-evolving dance music landscape with her dynamic sophomore album, “Colours and Sounds“. Celebrated as the “Queen of Afro-House” by outlets from Rolling Stone to OkayAfrica and endorsed by the likes of Beyoncé and Drake, the Nigerian singer unites the Continent and the Diaspora on Colours and Sounds, incorporating influences from South Africa’s hypnotic Amapiano sound to Jamaican dancehall and vintage Afrobeat. (Click HERE Listen to The Body of work)

Niniola is one of the most successful and acclaimed female artists in African music. Hits like “Maradona” and “Boda Sodiq” have won her glowing endorsements from the likes of Drake and Timbaland; none other than Beyoncé has looked to her for musical inspiration, borrowing from “Maradona” to compose “Find Your Way Back” from the iconic singer’s Grammy-nominated The Lion King: The Gift project. Making Niniola a Grammy Nominee. Born Niniola Apata in Lagos, Nigeria, She knew from an early age that she was meant to be an entertainer. During secondary school, her friends dubbed her the “Human Radio” for her uncanny ability to sing almost any song on demand.

With the release of her newest single with the “Colours And Sounds” album, NINIOLA is ready to take over the world and add to her title as the Queen of Afro House.

As produced by South African producer SHUFFLE MUZIK whose under Open-Mic Productions home to buzzing SA singer/producer Master KG, Listen to the track “LOOK LIKE ME” and Enjoy pure Amapiano vibes.

Watch the official music video released for the track “Look Like Me”, Shot by Clarence… Enjoy!!!