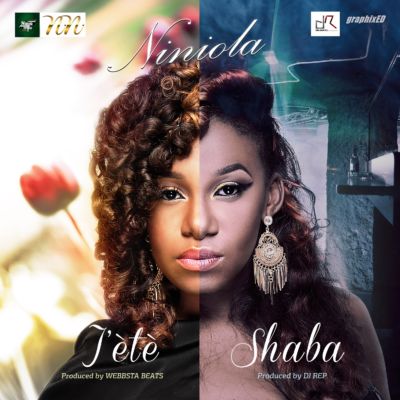 NINIOLA makes it a double drop as she releases two singles “SHABA” and “J’ètè” under her new imprint DRUMROLL RECORDS.
As NINIOLA continues on her music journey following the success of her previously released singles and features, She is back again and this time she decides to make it two songs.
According to the Vocal Powerhouse as much as alot of her fans want to dance there is also a burning desire in her soul that wants to dish out Classic RnB tunes, Hence the decision to drop the two songs.
SHABA: Niniola jumps on a DJ REP produced beat to deliver this uptempo song which she serves HOT for all the DJ’s and Party rockers, this is a sure party starter. DJ REP who is a graduate of the first edition of The Sarz Academy HITs home on this one.
J’ètè: After they both teamed up to create Akara Oyibo, NINIOLA and WEBBSTA BEATZ are back again and this time its J’ètè. If you are a fan of Classic RnB you will definitely love this well delivered tune with TOSIN playing the Live Sax to add the needed flavour.
Both songs engineered by KIMZBEAT, mixed and mastered by INDOMIX…
Download, Listen and Enjoy.