Nipsey Hussle’s Killer Indicted By Jury, To Be Charged To Court Soon 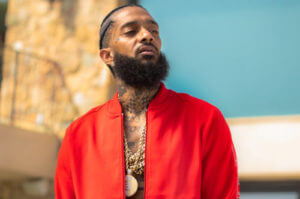 The alleged killer of American rapper, Ermias Asghedom, a.k.a Nipsey Hussle has been indicted by a grand jury.

The killer identified as Eric Holder who shot Nipsey on the 31st of March, 2019 has been formally accused by a jury and more charges have been reportedly filed against him.

The grand jury is said to have decided to revisit the case and it was revealed that the rapper was killed due to a personal beef with Holder and is not gang-related.

Eric Holder was then charged for murder by the Police and a bail bond was set at $7 million. He is also being accused of shooting two individuals who had relations with the slain rapper.