Normani Defends Cardi B Against Critics, Says She Has Been A Champion 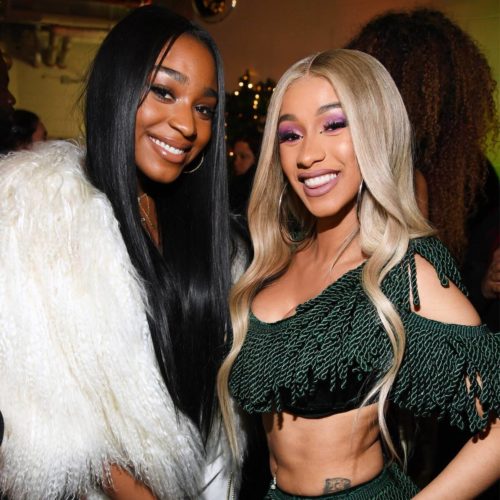 Cardi B has been defended by Normani against critics, who would never know how much of a champion Cardi has been.

Cardi’s steamy collaboration with Normani on her song, “Wild Side” but trolls haven’t given up since its release. Normani has been working on her official debut album for some time, and if we can expect more “Wild Side” energy, she’s looking at a hit album.

Pregnant Cardi B made her nude feature in the music video and there have been several unwarranted criticisms from folks who aren’t her fans and have attacked “Wild Side” altogether.

The mother of one addressed them in a tweet.

Same people that says this sh*t is the same people that didn’t buy sh*t ,don’t request on radio, not streaming not adding no value or numbers to the song but opinions on twitter for a hit tweet cause hating but keeping up with cardi it’s what in, Cardi tweeted.

Normani Jumped in, in Cardi’s defense, and said, Can’t imagine this record without you. THAT’S THE TWEET,” Normani added in a retweet. She later followed up with a few more thoughts. I don’t think you guys understand how harddddd this woman has gone for me.

You have been a champion for me throughout this whole process even when I was freaking out the night before releasing. God don’t play when it comes to His. we good sis