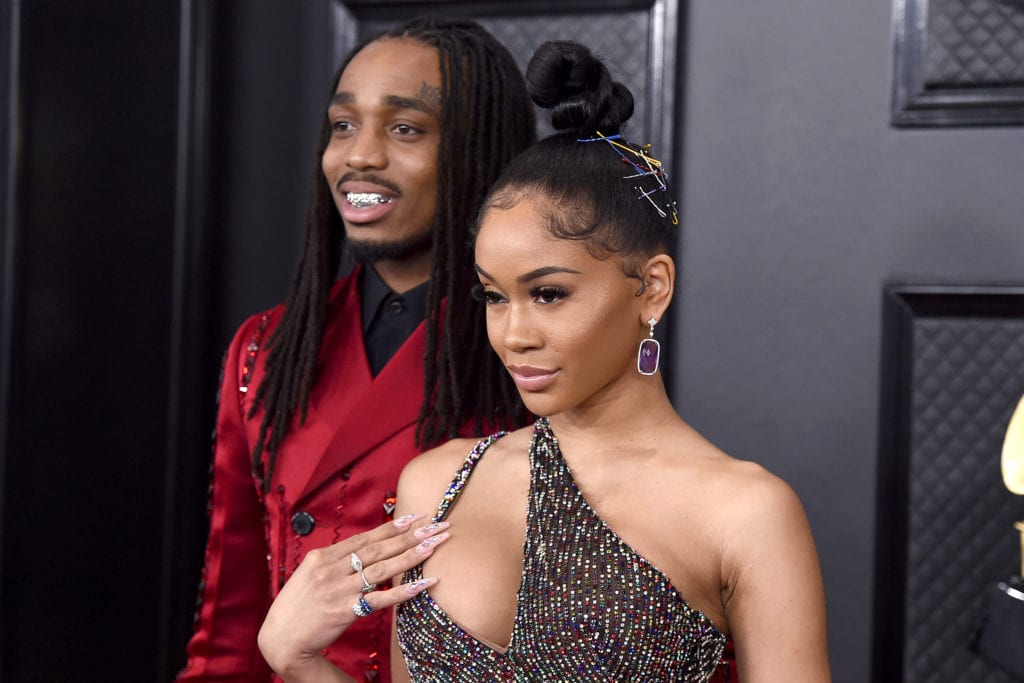 There was a Tweet suggesting the Migos rapper, Quavo’s ex, Saweetie has moved on already with a Basketball star, and guess what, Offset endorsed it.

Offset’s like on the Tweet did not go unnoticed as fans of rapper, Quavo and Saweetie, hurriedly took screenshots that have now circulated cyberspace. Ever since Quavo and Saweetie broke up, fans of them have been going on about whether or not the “Best Friend” crooner is dating again or not.

Saweetie has repeatedly been asked about her love life and each time she’s insisted that she’s single and not ready to mingle. Last month Saweetie told E!’s Nightly Pop, What is my love life like? It’s the pillows, the studio, and putting more money into my bank account.

According to her, relationships are extremely demanding and as such, she is taking her time to connect with herself, however, the internet has been spreading rumors that Saweetie has been secretly seeing a basketball star.

A Twitter user wrote, ‘Now why tf are people saying saweetie and james harden fw each other’… However, Offset’s “like” didn’t go unnoticed, and soon users were commenting on the rapper’s attention.

You would recall that Saweetie took to Twitter back in March, where she declared that she was now single and that she has endured a whole lot.

I’m single. I’ve endured too much betrayal and hurt behind the scenes for a false narrative to be circulating that degrades my character. Presents don’t band-aid scars and the love isn’t real when the intimacy is given to other women.

I emotionally checked out a long time ago and have walked away with a deep sense of peace and freedom. Excited for this new chapter of elevation. 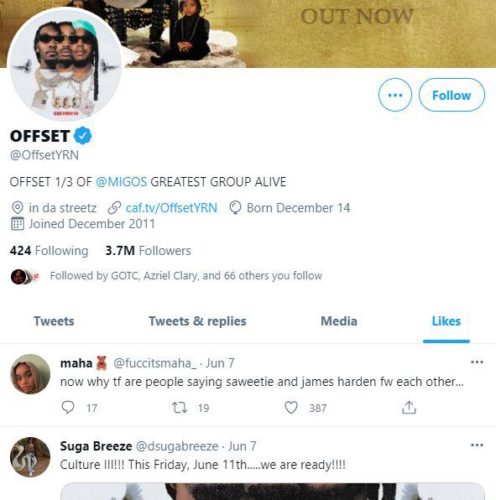