OlaDips Calls Out His Rich Selfish Colleagues, Slams Them For Refusing To Help 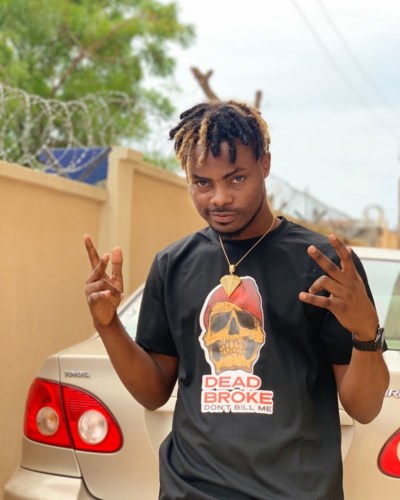 Nigerian Rapper, OlaDips has called out his rich, selfish colleagues who refused to help others be successful.

In a lengthy post sighted on his Instagram story, OlaDips threw shade at some of his greedy friends who he claims adamantly refused helping members of their circle.

Though he didn’t mention names, OlaDips was vocal about his feelings as he called these friends, selfish, ungrateful, and childish. According to him, no matter how rich someone appears to be, if the members of his circle aren’t making it, then the person isn’t as successful as he thinks.

OlaDips averred that success is measured by how many people an individual has helped and not by his social media praises.  Once again, he brutally slammed and rained insults at the mentality of these people. 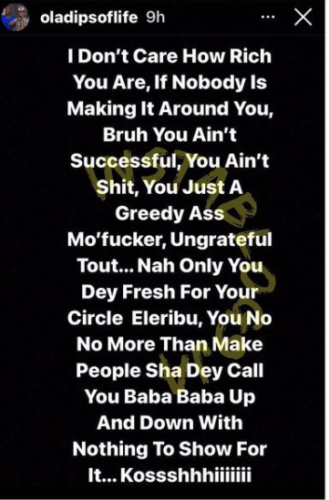