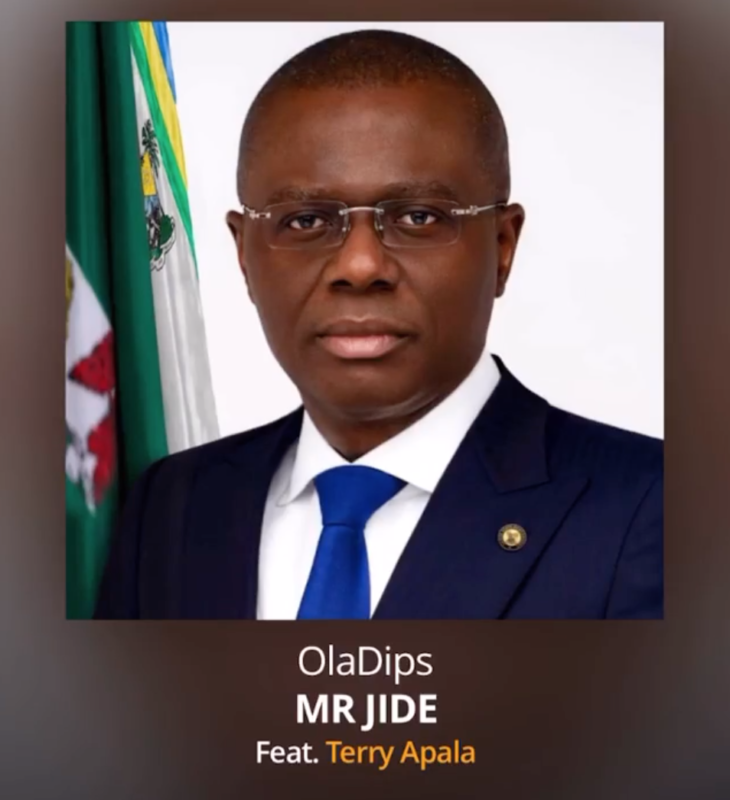 Indigenous rapper – OlaDips and Apala-Pop artiste, Terry Apala teams up for the release of this thoughtful track – “Mr Jide”.

OlaDips alongside Terry Apala comes through with this emotional track about the recent Lekki Massacre which he titles “Mr Jide“. The rapper shares his pains and trauma about the Lekki Toll-Gate killing of peaceful protesters in Lagos by Arm forces. The Nigerian Youths were performing their civil rights at the Lekki Toll-Gate, protesting for EndSars just to stay alive but they were later attacked with live ammunitions by Military officers on 20-10-20 (20th October, 2020).

OlaDips uses this song to speak to the Governor of Lagos State – Babajide Sanwo Olu about the unforgettable painful event. He asks for his excuse and also thanked him for his unwanted concerns and condolences. Then stresses about Police Brutality, the citizens fighting against the illegal killings and how the system isn’t favouring the Youths. Terry Apala contributed with his ‘We No Want Sars’ song, beatz and vocals.