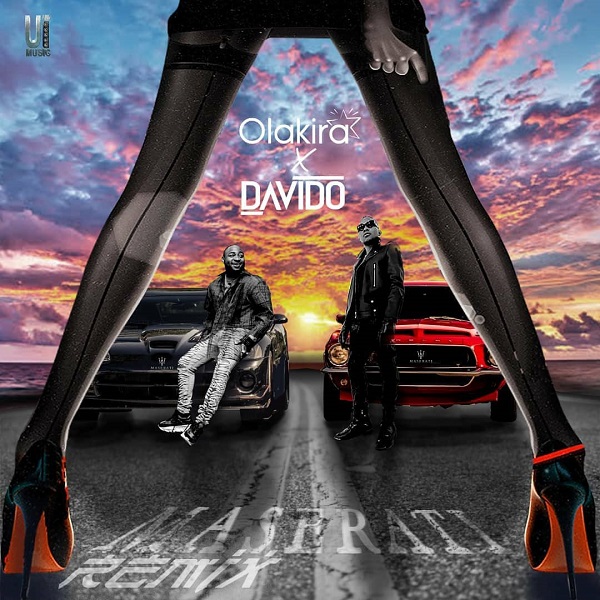 With ‘In My Maserati’ still basking and tearing up speakers/party Olakira teamed up with Davido for a Maserati Remix to Burst our speakers the more and hit us harder!!!

“Maserati Remix”, A fresh feel to Olakira hit track ‘In my Maserati‘ by releasing both audio and visual to the remix, featuring the multiple award-winning founder of DMW record label, Davido.

OLAKIRA is a multi talented Nigerian producer and instrumentalist, who has produced and worked with the likes of Dotman and Patoranking. Olakira has honed his musical skills over the last couple of years and is now ready to take the music industry by storm and to tell you just how ready he is, he picked a name, Olakira, which literally translates to “Shining Star” in Swahili. Born Adefemi Ebenezer Adelusola, he launched his career in 2015 when he met the Record Label Executive of U & I Music “Ra”. His loyalty, humility and outstanding technical contributions to the label’s projects earned him a much-deserved record deal with U&I Music in 2018. ?He officially began his introduction into the Nigerian music scene with two debut singles titled “Hey Lover” and “Flirty Signal“

Olakira’s taste in music is a confluence of African pop, dancehall, R&B with smithereens of indigenous drums, chords, strings and rhythms.

While it is no longer news that the producer, composer and songwriter woos the lady of his dreams in this perfect love song, lacing endearing words in vernacular that lends the song an original feel which Nigerians love, ‘Maserati’ the remix, is replete with anecdotes of luxury vehicle brands as the singer|songwriter was originally inspired by his love for the opulent distinctive label while making this track.

Olakira self-produced the original & remix himself. Get the original ‘In My Maserati’ Here and Listen to the ‘Maserati Remix’ which has the Baddest! Davido’s hit touches below… ENJOY!!!