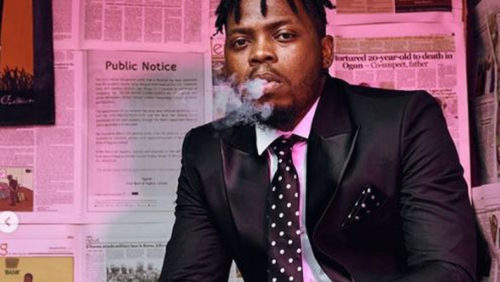 Not everybody knows a lot about Olamide’s love life as he tries as much as possible not to bring that part of his life to social media.

However, in as much as he tries to make his love life an anonymity to social media, he has been tempted to give a slice of it in the past on the gram with a rare or two pictures of his lover which only his close followers have noticed and seen.

The YBNL boss, probably inspired by the love message in the recently released album of his protege, Fireboy, took to his Instagram this morning to post a picture of himself and his lover whose name is Adebukunmi Sulaiman with Fireboy’s “Need You” playing as a sound track.

“Olamide Shows-Off Beautiful Wife & Baby Mama On Social Media || See Picture”, 3 out of 5 based on 45 ratings.