“One For God. One For My Girl”- Banky W Announces New Project 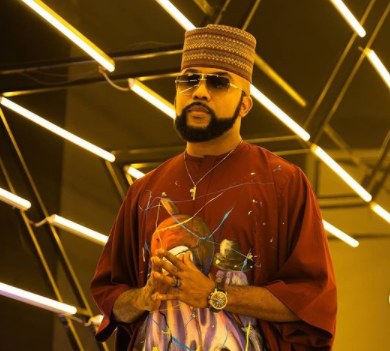 Veteran Nigerian singer, Banky W has announced that he will be dropping a new single this month.

He made the announcement via his IG account after he sharing BTS photos from his music video shoot. Banky W didn’t reveal the name of his new single, He only informed his followers taht he is dedicating the new project to God and his lovely wife, Adesuwa. From the photos he posted, Adesuwa is the video vixen for his new music video.

The New single is a track off Banky W’s forthcoming album, The Bank Statement. The bank Statement is coming years after he dropped his last album, Songs About U in 2017.

Speaking on his retirement plans, Banky W revealed that he has no plans of retrieving yet and that fans should disregard what he said in 2019. Recall in 2019, the activist revealed that he was going to retire officially from music after dropping an album. However, he failed to drop the album in 2019, 2020 and fans are hoping he doesn’t disappoint them this year too.

Wazobiaboys – “As You Can See”

“I felt Wretched and was Struggling With Pornography addiction While Everyone Thought I was successful..” – Banky W

Nigerian singer, public figure and business man, Banky W has revealed he was once addicted to pornography and promiscuity. In...

"Poverty Is The Real Enemy..."- Jaywon Replies The Man Who Trolled Simi