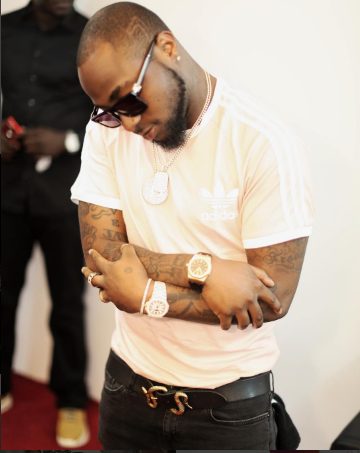 He is definitely going to milk and rub this in all our faces until he can no longer do so.

Davido, is still basking in the euphoria of Cristiano Ronaldo following him on IG as he again took to the social media platform to relish this new found relationship, sharing a photo of himself ”imaginarily” being hugged by Ronaldo (as that’s what it seems like) and penning a caption that further confirms most people’s fears and thoughts.

The DMW boss captioned the photo:

Ore Ronaldo, a caption which simply means friend to Ronaldo when translated.

The post of course did not sit well with a few fans who sem to have had enough of this as they took to the comment section to slam him.